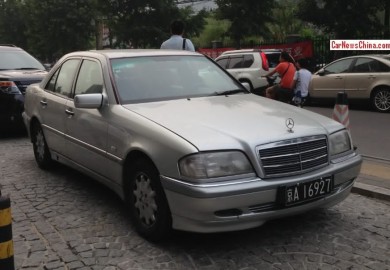 The W202 Mercedes C-Class hit the production line in 1993 under a 1994 model year. Its platform was retired in 2000 to make way for the W203 models. With more than two decades since the W202 Mercedes C-Class first came out, and more than a decade since its production came to an end, it is rare to find one in a very excellent condition. However, Car News China happened to stumble on not one, but two of them in a pretty good condition in just an interval of several days. The first sighting was just outside the Third Ring Road in the eastern part of Beijing. The W202 was fitted with the… Continue Reading »