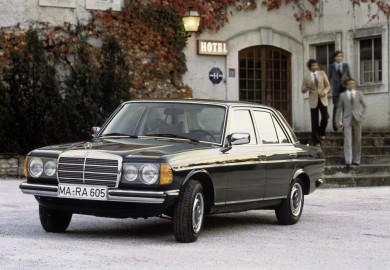 This January 29 marks a milestone in the history of not only Mercedes-Benz, but the automotive world. During the same date in 1886, Karl Friedrich Benz patented the Motorwagen, which was described as “automobile fueled by gas.” Fast-forward to the same month and date in 1976, the Mercedes-Benz W123 sedan was introduced. The car would later pave way for the introduction of the E-Class. According to Daimler, the Mercedes-Benz W123 was an instant hit to car buyers. The demand was such that the first year’s production run of the car was sold out right away after its launching. The W123 would later branch out into several variants, which include the coupe,… Continue Reading »