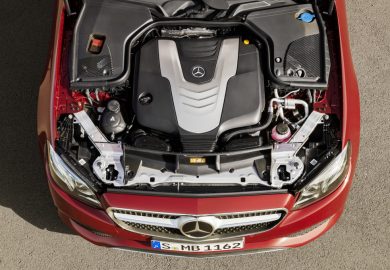 Freshly unveiled from Stuttgart is the new Mercedes-Benz E-Class Coupe. As mentioned earlier, it offers a more stylish design compared to its saloon counterpart and its predecessor. After giving everyone an overview of its key features, here is a closer look at the different engine options available for the car. 1. Mercedes-Benz E 200 Coupe The E 200 is equipped with the petrol-fed 2.0-liter inline-four engine of Mercedes. The output of the unit is at 184 hp with 300 Nm of torque. The power allows the car to sprint from zero to 100 km/h in just 7.8 seconds. The top speed of the auto is 240 km/h. 2. Mercedes-Benz E 220 d… Continue Reading » 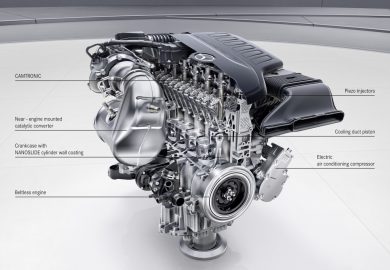 Mercedes-Benz just announced that it will be introducing four new engines. One of them, the petrol-powered inline-six Mercedes engine called the “M256,” will debut in the facelifted 2017 Mercedes-Benz S-Class. So does that mean Mercedes is already returning to its roots after using the V6? It should be noted that when the V6 was introduced in 1998, it was claimed that it would pose as a better alternative to the inline-six. Therefore, it was expected that the V6 will render the inline-six obsolete. However, with the advancements in Mercedes engine technology, it seems the inline-six will make its comeback. Here are the reasons why it will be better than the… Continue Reading » 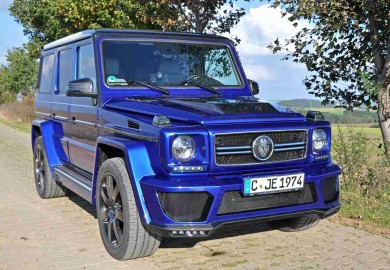 German Special Customs unveiled its tuned up Mercedes G-Class last week. The iconic G-Class was fitted by the aftermarket firm with a couple of styling upgrades to make its visuals more striking. While most tuners nowadays are more focused on the latest models of the range such as the G63 AMG, German Special Customs turned away from the norm and got their hands on an older diesel version of the vehicle instead, which is the G400 CDI. According to autoevolution, the decision for the tuner to go for an older model is to take advantage of the V8 aura that is now lacking with the latest-generation of the G-Class diesel variant, namely the G350 BlueTEC. The… Continue Reading »