turning radius of the ForTwo

Revealing the Official Photos of the New Smart Fortwo and Forfour 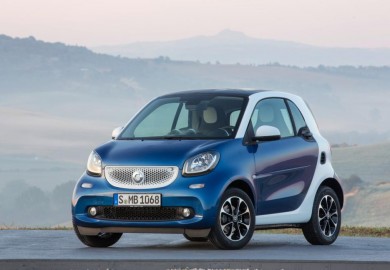 The 2016 Smart Fortwo and Forfour finally make their official public appearance. The two electric vehicles appeared to have significant improvements in terms of design with a more stylish hood and new LED headlights. The two color scheme of the cars and safety cell highlights were retained, but with more than 40 color combinations to choose from for its exterior, including new color selections. The interior layout was also the same with its previous generation, but new tech and more premium features were added to give customers a good run for their money. The dimensions of the two cars were the same with their previous incarnations too. However, the turning radius… Continue Reading »