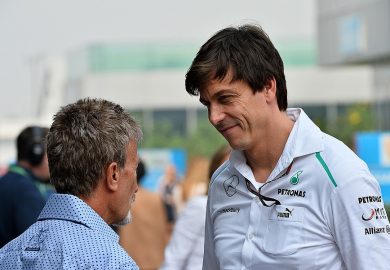 “Fake News” is something that we hear a lot these days. Recently, Mercedes AMG Petronas Formula One Team boss Toto Wolff took a jab at Channel 4 F1 personality Eddie Jordan for spreading fake news about them. “Fake news” is one of the trending phrases in social networks, printed media and television nowadays. Based on Merriam-Webster the term has been in existence since the end of the 19th century. It connotes false and exaggerated information disguised as fact while being posted and spread on the internet. The primary purpose of which is to deceive the public. According to Motorsport.com, Jordan had been suggesting to the public that the major sponsors… Continue Reading » 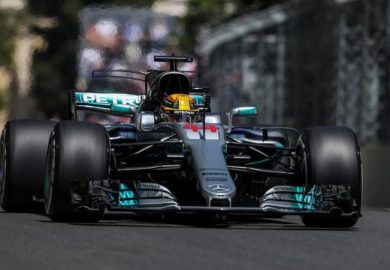 Mercedes AMG Petronas Formula One team announced that they will be enhancing the headrests of their race cars. The move is to avoid the repetition of the problem that caused Lewis Hamilton to lose the Azerbaijan Grand Prix. A victory by Mercedes F1 driver Hamilton last Sunday would have let him to secure the number one spot in the drivers’ rankings of the organization. However, he was forced to stop for the pits because of a loose headrest in his car. The incident made him finish fifth after Ferrari’s Sebastian Vettel. As a result, the Briton is still 14 points behind his decorated rival in the F1 standings. Motorsport.com reported that the investigation of Mercedes F1 on… Continue Reading » 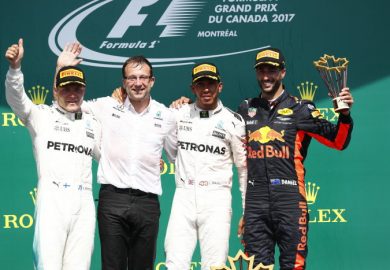 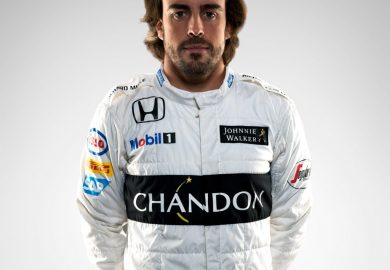 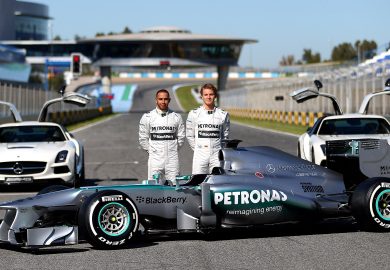 Things just got more exciting in the last Formula One race of the season in Abu Dhabi Grand Prix. Due to Mercedes AMG Petronas’ Lewis Hamilton bagging a win at the 2016 Brazilian GP, he remains a contender to the 2016 F1 Drivers’ World Championship. The next event will pit him against his teammate Nico Rosberg for the title. Currently, Rosberg leads the scorecards with a total of 367 points. Hamilton is just 11 points behind at 355 points. Far behind the current world champion is Red Bull’s Daniel Ricciardo with 246 points—excluding him from the title picture. In an interview with BBC, the three-time F1 champion Hamilton said he is facing “impossible odds”… Continue Reading » 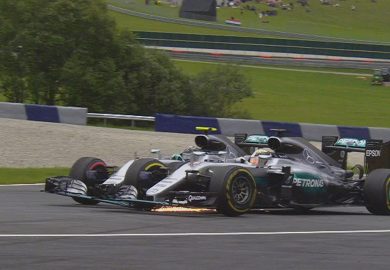 Lewis Hamilton and Nico Rosberg are locked in a tight battle for the 2016 Formula One driver’s championship, and it doesn’t help one bit that they are teammates. Competition between the two have led to some ugly crashes and unnecessary contact in the past, and now the two could face fines or even suspensions from Mercedes if they are to collide in a race again. This is seen as a way for the team to avoid actually issuing team orders. With contact between the Mercedes cars in three out of the past five outings, team officials are now forced to act to prevent excessive competition between their drivers from sabotaging their… Continue Reading »

Hardware Problem to Blame in Formula One Bahrain GP 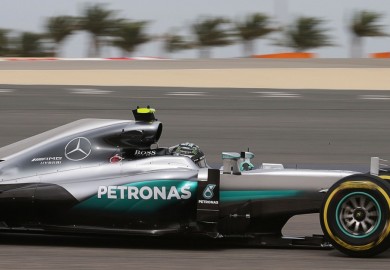 Despite being in high spirits, Lewis Hamilton once again failed to score a big win in the recently concluded 2016 Formula One Bahrain Grand Prix. On the other hand, Nico Rosberg has been reaping from the opportunities presented by his teammate’s issues. The German has emerged triumphant in the first two races of the season. Toto Wolff, the motorsport director of Mercedes AMG Petronas F1 Team, recently shared his thoughts on the problem plaguing the reigning F1 Drivers’ Champion in an interview with Sky Sports. In the first two races of this year, the weakness of Hamilton was usually evident in first corners of the events. Slow getaways have resulted in the… Continue Reading »