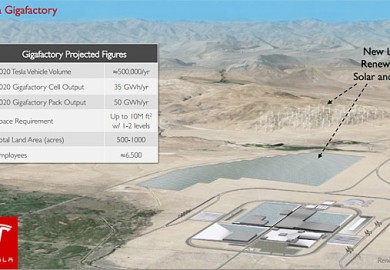 Tesla Motors is planning a $5 billion battery ‘gigafactory’, but Daimler – the parent company of Mercedes-Benz and owner of a small stake in the electric car maker – is not going to invest in this newly proposed concept. That was confirmed by Daimler chief Dr Dieter Zetsche after speaking to reporters at the Beijing Auto Show. According to the exec, it is simply due to timing, saying that nobody knows what or when the next-generation of battery technology will be. He added that it was too late to invest in lithium-ion battery technology, and still too early to invest in the next generation given all of the unknowns at… Continue Reading » 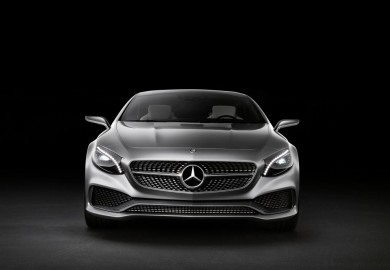 Recently, we brought to light the bigger plans of Mercedes for the S-Class segment which include a station wagon, a convertible and a Maybach version. But as we have said over and over again, the brand never runs out of surprises. A few days ago, Top Gear revealed that Mercedes is also planning to build electric S-class cars. The source emphasized that unlike the hybrid S-Class, which relies on a small diesel-powered engine and small electric motor, the upcoming car will be fully powered by electricity. Now, that is definitely something that Tesla should watch out for. According to the report, the information came from the chief of Mercedes’ large… Continue Reading »

Mercedes-Benz and Toyota Share Their Views on the Tesla Brand

Tesla surely had a rocky year in 2008 wherein the company had trouble with its resources. In the account of Elon Musk, the company’s Chief Executive, during his interview with Forbes, the problem was such that the company nearly closed down and he had to spend all his personal reserve in an effort to save it. But thanks to a timely investment by Daimler, by pouring $50 million into the company, it was able to support its operations. That was further improved by a $465 million taxpayer loan and Toyota’s $50 million investment in 2010. According to Forbes, it seems like Daimler and Toyota’s faith in Tesla paid off as… Continue Reading » 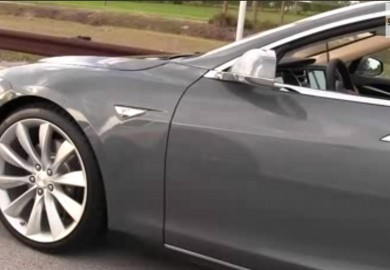 It is rare to see the Tesla Model S EV in the United States although around 3,000 units were sold in 2012. This indicates that only a small number of videos of the car are available online, but it is gradually increasing. As a result, when a new video showing the performance of the Tesla Model S EV makes its way into the net, it is something that a car enthusiast would like to watch. One recent video was uploaded by DragTimes and it showed the Tesla Model S EV going up against the Mercedes-Benz E63 AMG, which features a twin-turbocharged 5.5-liter V8 engine. The E63 output reaches 518HP although… Continue Reading »

In the electric vehicle front, Tesla has announced that it is co-developing an electric car with Mercedes-Benz. In 2009, Daimler invested in this innovative electric vehicle developer, and has since used its battery packs in the smart EV. For the new vehicle being developed with the German automaker, Tesla’s entire powertrain is under consideration, which includes the electric motor, gearbox, inverter and control software. Together with the recent unveiling of its Model X crossover, Tesla’s revenues will be helped along by this cooperative venture with Mercedes-Benz. No timetable has yet been mentioned, but with Tesla’s continued release of electric vehicles with innovative technologies, there is no doubt that their EV… Continue Reading »