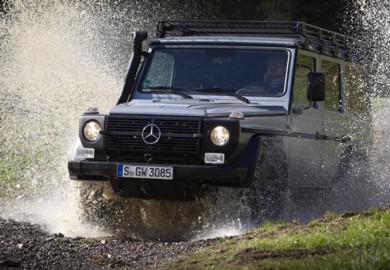 Out with the old, in with the new. That’s what the Swiss Army is set to do as it seeks to replace its PUCH all-terrain vehicles with some new Mercedes-Benz G-Class 300 CDI units that are superior in terms of technology to the incumbents that have already been in service for around 20 years. The decision was arrived at following some tough tests and evaluations by armasuisse, and there were three other contenders for the distinction of being the next all-terrain vehicles procured by the Swiss Army. According to the statement by Mercedes-Benz, armasuisse opted for the G-Class for a variety of reasons, including proven robust technology and how the… Continue Reading »