What Is Mercedes-Benz Offering For The Future? 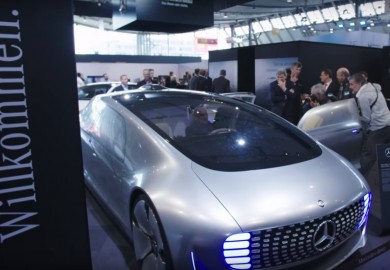 Mercedes-Benz reporter Torie Campbell makes a convincing case on why the future is actually nearer than we think. She took a look at the i-Mobility fair in Stuttgart, where Mercedes features the various e-mobility systems and technologies they are offering. The 8:46 video on YouTube showed the future of cars as Mercedes sees it. Campbell rode a prototype to feel the interior of a car on an e-mobility platform. Can you imagine your car windows flashing photos of where you’re headed? It’s a 360-degree turn for the e-mobility as it literally boosts the car’s interiors. Alexander Mankowsky, Future Studies and Ideation Daimler AG, explained that the primary aim of the e-mobility system… Continue Reading » 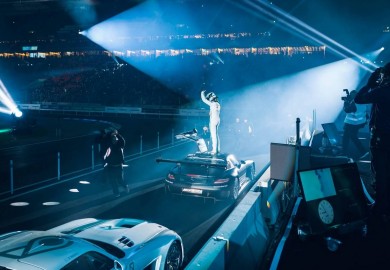 The Mercedes-Benz Stars & Cars 2015 marked a period when the past, present and future vehicles plus superstars of the company were at a crossroad, then went on to challenge each other for bragging rights. The event commemorated the success of the three-pointed star brand this season wherein it bagged championships in the major motorsport organizations of the world. Formula One legends like Sir Stirling Moss, Mika Hakkinen, and David Coulthard graced the occasion together with other veteran sporting personalities from other motorsport organizations. Current Formula One Champion Lewis Hamilton and his teammate Nico Rosberg, who were both instrumental in making Mercedes-AMG Petronas bag its second consecutive F1 Constructors’ Championship,… Continue Reading » 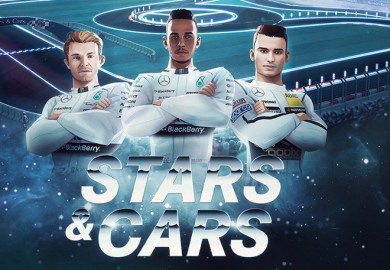 Spanish driver Daniel Juncadella won his debut race at the first Stars & Cars event of Mercedes-Benz in Stuttgart, Germany. He sealed his victory in the fourth round and final leg of the race against current DTM Drivers’ Champion Pascal Wehrlein. Based on the Stars & Cars page of Mercedes, there were sixteen competitors in the event. Among them were Mercedes-AMG Petronas Formula One drivers Lewis Hamilton and Nico Rosberg as well as Bernd Scheider, Mika Hakkinen, and David Coulthard. Both Hamilton and Rosberg made it until the semifinals. Hamilton was bested by Wehrlein with a 0.099-second gap only. The DTM champ had a time of 1:19.938. Juncadella beat Rosberg by 0.804-second lead… Continue Reading »

Mercedes-Benz GLC Captured on Cam with Only a Little Camo 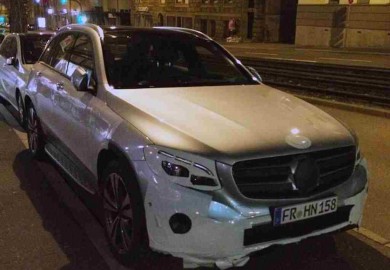 It has only been less than a month since Mercedes-Benz revealed its GLC Coupe Concept through a sketch, official photos, and a live model at the Shanghai Motor Show. Just a few days ago, IndianAutosBlog featured spy photos of the prototype standard SUV of the same range with only a little camouflage. According to the source, the Mercedes-Benz GLC spy shots came from one of its readers. It also mentioned that the pictures were taken along the Stuttgart headquarters of Mercedes. As seen in the photos above, only the headlights, taillights and bumpers of the Mercedes-Benz GLC were hidden from view, thanks to the camo wrap. However, the rest were visible to the eyes…. Continue Reading »

More Unveiling Pictures of the Mercedes-AMG GT and GT S 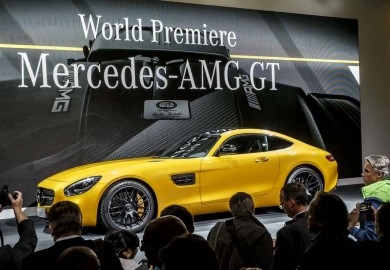 Yesterday, we posted the official photos of the Mercedes-AMG GT and GT S. In this article, we will reveal more pictures of the cars, which were taken in their unveiling on September 9. Click the thumbnails below for the pictures in the unveiling event of AMG: The AMG GT and GT S are considered to be the most exciting cars of Daimler this year. The new sports cars dropped the Benz extension in favor of AMG, in order to emphasize that they were completely created by the performance division of Daimler. The unveiling event in Stuttgart started with a parade of the cars that made up the colorful history of the AMG brand…. Continue Reading »

Mercedes-AMG Wins the Engine of the Year Award 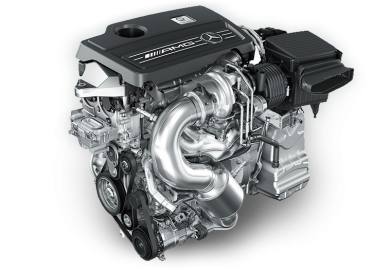 Mercedes-Benz characterizes top of the line products that highlight safety, efficiency and performance. Luxury has also been tagged with the name of the brand due to its high-end vehicles and components. On the other hand, the Mercedes-AMG brings the already-awesome products of the three-pointed star brand to another level. This is the reason why it is really hard to separate these two divisions of Daimler. Products and services associated with Mercedes-Benz are no stranger to special recognition or awards too because of the above-mentioned facts. Recently, Mercedes-AMG was given two trophies at the Engine Expo in Stuttgart. The prizes were handed over to the performance division of Daimler for winning the… Continue Reading » 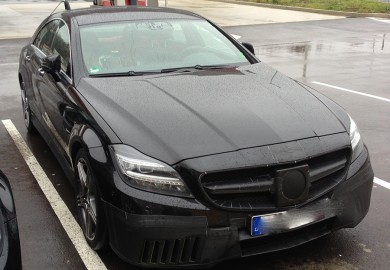 A facelifted Mercedes CLS was recently caught on video during its test drive near Stuttgart. Not much effort was made to hide the features of the car. Only its emblems were kept hidden during its run, which gives us a clear view of its full body. Based from the spy video released by DrGumoLunatic in YouTube, which can be seen below, there seemed to be a significant improvement in the exterior of the Mercedes CLS. It appeared to be sexier than its latest version. The introduction of the Mercedes CLS in 2004 marked its manufacturer’s return to the coupe segment of the market after the production of the E-Class Coupe… Continue Reading »