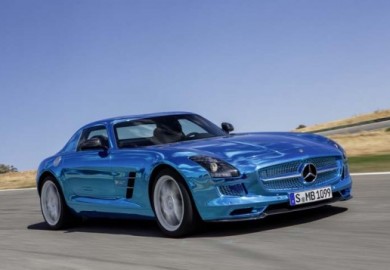 Before, sound engineers at Daimler are focused on keeping engine noises minimal or less irritating to the ears. But upon the arrival of the automaker’s new electric cars, they now have to do the opposite. That is to create engine sounds. According to Bloomberg, Christoph Meier, a sound engineer at Daimler, and his team have just invented something called “sonorous purring”. This new technology aimed at electric cars aims to provide an engine noise which is pitched higher than conventional autos. On the other hand, the Mercedes SLS AMG Coupe Electric Drive will get huskier tones to reflect its macho image. Meier stated that people tend to expect some sort… Continue Reading »