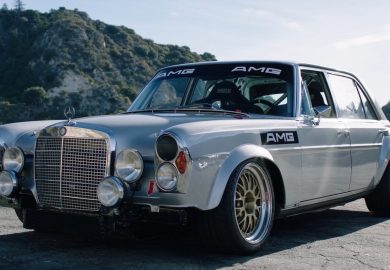 The Mercedes-Benz 300 SEL 6.8 AMG, popularly known as The Red Pig, marks an important milestone in AMG history. The tuned car’s first outing at the 1971 24 Hours of Spa wherein it landed second made the world notice the company that was established by two former Mercedes engineers. To commemorate its success 50 years ago, 22-year old director Cameron Thurman released a film tribute for it titled “The Spirit of AMG: The Silber-Sau”. The film shows the silver version of the Red Pig driven by Magnus Walker, who is a known Porsche aficionado. He is also notable for starring in a 300 SL Gullwing video from Mercedes as well… Continue Reading »