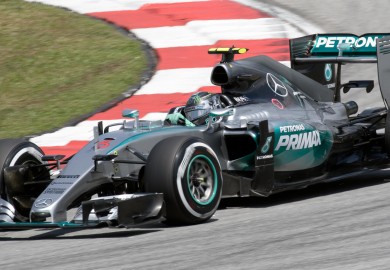 Mercedes-AMG Petronas Formula One team is coming back in 2016 with the same strong lineup and more advanced car. So far, the group has decided to keep its powerhouse drivers namely Lewis Hamilton and Nico Rosberg. The team is not slowing down in the upgrades of their F1 W07 Hybrid Silver Arrow race car too. Earlier, Andy Cowell, the Mercedes F1 engine chief, hinted about the upgrades in the hybrid V6 of their race cars. He claimed that they are working on improving their units’ thermal efficiency that will lead to better power gains. He also revealed about a louder engine sound for their cars. According to Sky Sports, Mercedes F1 team will showcase its… Continue Reading »