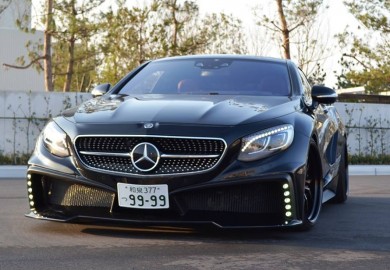 While the VITT Mercedes-Benz S-Class Coupe was initially unveiled during the 2016 Tokyo Salon, a gallery showing all angles of the styling kit was released together with it. That is, until now. A gallery showing different views of the package offered by VITT was released recently, as indicated on a report from motorward.com. This particular styling kit is considered as among most comprehensive and outlandish package for the S-Class Coupe in the market. Some industry watchers consider the Diamond S-Class Coupe styling kit from Mansory as the only comparable kit to the one offered by VITT. But, the package offered by VITT is preferred by a number of enthusiasts since… Continue Reading » 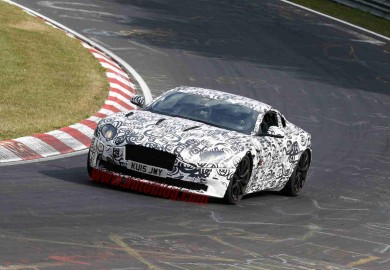 One of the fruits of the technical partnership between Daimler and Aston Martin has been spied. Recently spy shots of the upcoming Aston Martin DB11 were captured. Based on the photos featured at the Autoblog site, the new sports car of the British brand carries a lot of things in common with a well-known Mercedes car. Looking at the contours of the DB11 in the images provided by the source, it still carries a strong likeness with the DB9. But opening its doors would reveal an exciting interior. From the photos supplied, the interior components of the sports car mirror the ones found on the S-Class coupe. The steering wheel and almost… Continue Reading » 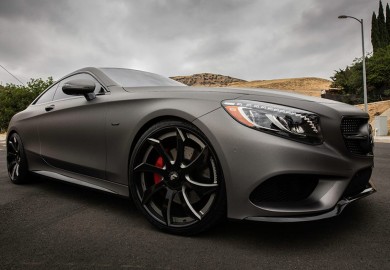 The Mercedes-Benz S-Class Coupe is an engineering marvel that has caught the eye of a number of industry watchers. While the standard model of the luxury vehicle is already remarkable, it did not stop tuning specialists to give it some tweaks to make it more impressive than it already is. One such S-Class Coupe spotted by motorward.com was given a custom set of rims from Forgiato Wheels. The addition of the custom-built rims from the aftermarket wheel specialist complemented the matte gunmetal grey finish of the S-Class Coupe. The combination made it among the best-looking tuned luxury vehicle in the market, even topping the Brabus 850. The matte gunmetal grey… Continue Reading » 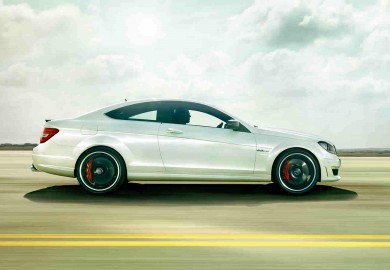 A new Mercedes-AMG C63 Coupe is being planned this year. The successor of the Mercedes C63 AMG Coupe will be unveiled at the Frankfurt Motor Show based from a report. According to the UK-based AutoExpress, an insider within Mercedes confirmed the matter during the Detroit Motor Show. The said person also leaked that the car will have a few upgrades in its styling. The source quoted the Mercedes insider to be saying, “It looks fanstastic—not necessarily what you would expect this car to look like.” Now, there’s a lot of hope for us right there. The company insider hinted that the Mercedes-AMG C63 Coupe will be treated similar to the S-Class… Continue Reading »

The Mercedes-Benz GLE Coupe Official Photos are Out 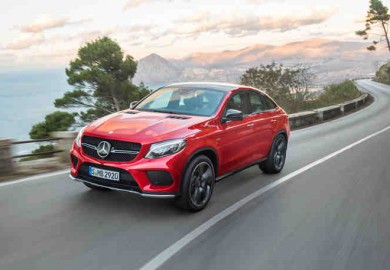 A New Mercedes-Benz SL Facelift in the Works 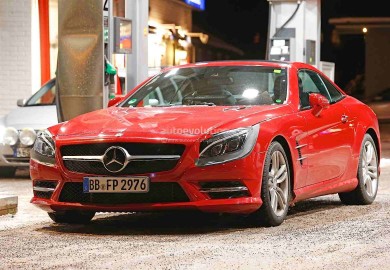 The Mercedes-Benz SL has been around for more than half a century, and has evolved into a couple of generations as the years went by. The SL is considered to be the longest surviving range among the different existing classes of the three-pointed star marque, predating the SLC and even the iconic G-Class. Recently, it was revealed by a set of spy photographs published in Autoevolution that the R231 SL platform is undergoing a facelift. As seen in the images, it is sporting the headlights of the S-Class coupe. However, the source noted that the current addition is just a test mule. The company is still in the early stages of developing a complete styling upgrade for the Mercedes-Benz… Continue Reading » 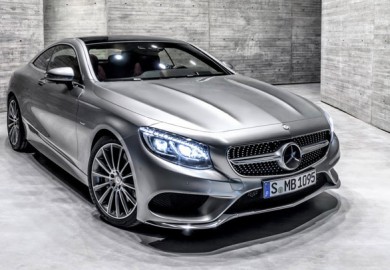 The Mercedes-Benz S-Class Coupe is set to be launched by the German luxury vehicle manufacturer in the US market by the middle of October, according to a report from carscoops.com. The prices of the different models of the S-Class Coupe were also revealed. The entry-level model of the S-Class or the S550 4Matic Coupe is priced at $119,900. This model features a 4.7-liter twin turbo V8 engine offering 455 HP of power and torque of 516 lb-ft. It is capable of accelerating from 0 to 62 mph within 4.6 seconds. The next higher model of the Mercedes-Benz S-Class Coupe is the S63 AMG 4Matic Coupe. It features a 5.5-liter twin… Continue Reading »