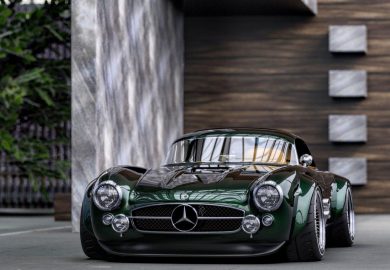 The Mercedes-Benz 300 SL Roadster is such a gem in the three-pointed star marque’s colorful history. So it is such a treat seeing one in a good condition, and it is such a delight seeing this classic being restored to its near-pristine condition. It comes as worrisome though whenever a tuner announces its plans to make major alterations to the vehicle. Aftermarket tuner S-Klub recently announced its plans to release a new 300 SL Roadster restomod. It comes with some teasers from Jon Sibal, a car designer who is known for his virtual auto concepts and 3D renders. One of the recent projects of the artist was the Porsche 550… Continue Reading »