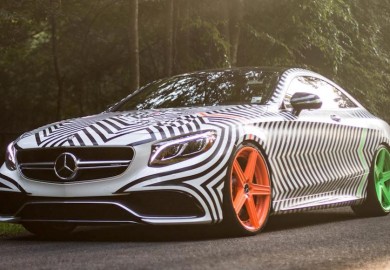 The GoldRush Rally this year was the eight edition of the event and was held between May 13 and May 21 in different venues in the United States. Thus year’s edition of the annual event was called the GRT8EST and featured a number of impressive luxury vehicles with peculiar-looking wraps. One of these luxury vehicles was the Mercedes-Benz S63 AMG Coupe of RENNtech, a shown on a report from motorward.com. The S63 AMG Coupe tuned by RENNtech was wrapped by PG Nola, a LA-based graphic design company. The design of the wrap looked like it just came out of a comic book. The wrappers may have thought of experimenting on… Continue Reading » 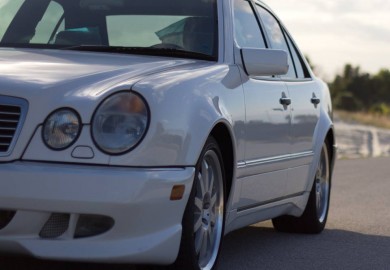 The body of the Mercedes-Benz E-Class is considered an icon among the 90s generation, which is something many millennials would have no idea about. Due to this, the 1997 Mercedes-Benz E60 S modified by RENNtech can also be considered as a true icon of the past, as shown on a report from motorward.com. The E60 S modified by RENNtech or any other sports version of the E-Class is quite responsive to any enhancements. The standard body of the luxury vehicle can be rather boring, but it is completely transformed when a number of enhancements are made. The E60 S received front and rear spoilers, wide fenders, and a brand new… Continue Reading » 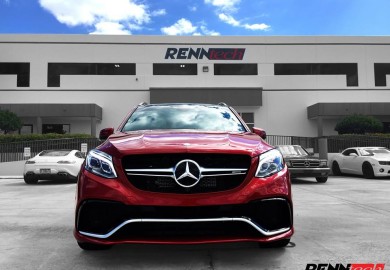 The new Mercedes-AMG GLE 63, which will replace the old ML-Class, was given a power upgrade package by RENNtech, as indicated through a report from motorward.com. The engine of the RENNtech-tuned GLE 63,which uses the S variant of the new luxury vehicle as its basis, is now capable of producing 679 HP of power along with a torque of 753 lb-ft. The 2016 Mercedes-AMG GLE 63 S features a twin-turbo 5.5-liter V8 engine from AMG. While tuning specialist is quite familiar with this particular engine, it was still necessary for RENNtech to have a suitable amount of knowledge as well as a number of deliberate modifications on the engine. These… Continue Reading » 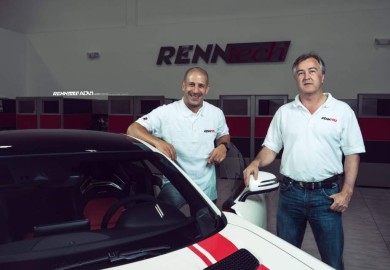 Earlier reports showed that the RENNtech Mercedes-AMG GT was initially conceptualized as a simple project for the SEMA show in 2015. However, it is now an actual tuning package for the supercar of the German luxury vehicle manufacturer, as indicated through a report from motorward.com. The new kit is available for orders through the tuning specialist and its authorized dealers. To mark the launch of the new tuning kit, a special photo-shoot was organized by RENNtech in partnership with ADV1 Wheels. Tony Kanaan, a renowned 500 driver, also joined the shoot. Since Kanaan has a fondness for Mercs, he will likely find the RENNtech-tuned AMG GT appealing, particularly with its… Continue Reading » 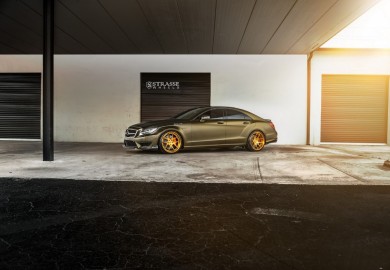 Strasse Wheels wanted to show off its SM5 Deep Concave wheels and they wanted to show it off with style. Due to this, the forged wheels manufacturer selected the Mercedes-Benz CLS63 AMG, as shown on a report from carscoops.com. Strasse Wheels gave this particular CLS63 a notable description, the “Bronze Masterpiece.” The CLS63 AMG was the handiwork of DV8 Motorsports, which provided it with a custom matte wrap, bronze shade finish, front splitter, rear spoiler and rear diffuser from Renntech. Renntech also gave the car a stage 2 tuning along with a muffler delete. The tuning increased the power output of the engine to 679 HP while the torque went… Continue Reading » 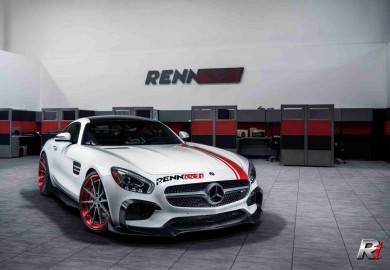 The Mercedes-AMG GT S is no joke. It has a breathtaking design that you could only expect from Mercedes. Then its look is matched with a powerful engine. However, Renntech takes it to another level by giving its engine more boost. Under the hood of a stock Mercedes-AMG GT S sits a 4.0-liter biturbo V8 with an output of 510 hp and 650 Nm of torque. All that is distributed to the rear wheels through a 7-speed dual-clutch automatic transmission gearbox making it accelerate from zero to 62 mph in just 3.8 seconds. Moreover, it can achieve an electronically-limited top speed of 193 mph. The latest Stage 1 Turbo Upgrade of Renntech for the sports car… Continue Reading » 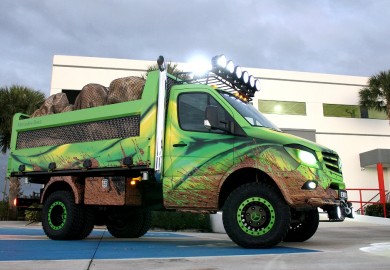 The Mercedes-Benz Sprinter is considered as the least exciting model ever produced by the German luxury vehicle manufacturer. But, RENNtech was able to modify one of these luxury vans to make it like something the Hulk would drive, not that the Hulk would need a vehicle, as shown on a report from autoevolution.com. The concept, which is called the Sprinter Extreme, is not actually based on the luxury van. Instead it was created using the chassis of a Mercedes-Benz Sprinter Cab, which already allows it to haul loads of around 6,400 lbs and tow around 7,500 lbs of load. The open chassis design allows it to have suitable space for… Continue Reading »