Mexico venture in the works for Daimler and Nissan? 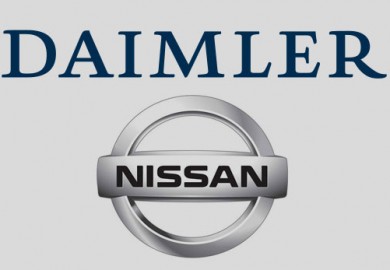 According to a Reuters report, Daimler, the parent company of automaker Mercedes-Benz, has signed a new pact with Nissan, which will involve the creation of a new joint venture in Mexico that will produce new vehicles for Mercedes and Nissan’s Infiniti brand. Sources have said that the deal at this point entails Nissan manufacturing the next-gen GLA at the company’s Aguascalientes facility, which is also set to produce new Infiniti models. This would extend the cooperation between the two automotive companies, as Mercedes-Benz already has an existing pact with the Renault-Nissan Alliance, with engines, plants, and automotive platforms and technologies being shared between the automakers. Of course, both of the… Continue Reading » 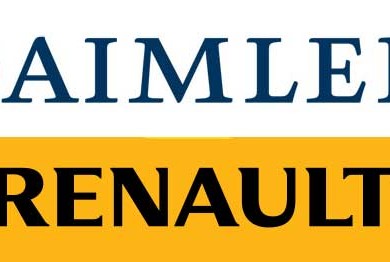 According to a report on Bloomberg, Daimler is in talks with Renault on a possible cooperation for a new large van model, yet another instance of the existing pact between the two automakers. A Daimler spokeswoman, Uta Leitner, has confirmed from Stuttgart that there are discussions with Renault, but that these are “early talks.” Raluca Barb, speaking for Renault, has also confirmed that there have been talks, and she added that there are still decisions to make, particularly where production sites are concerned. The 2010 partnership with Renault-Nissan has unfolded quite nicely, and we have that to thank for new models such as the Citan delivery van and the Kangoo…. Continue Reading » 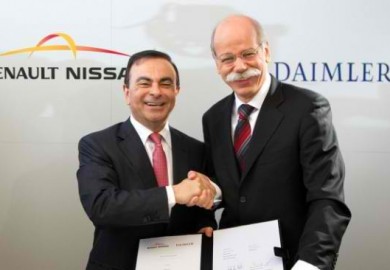 We’ve seen some of the products of the alliance between Mercedes-Benz/Daimler and Renault-Nissan, but one of the most telling could be an entirely new class of vehicles. According to some reports, the German automaker is set to launch a so-called X-Class lineup sometime in 2018. This new X-Class range will be slotted below the A-Class, and it will reportedly be based on the Renault Clio’s platform. Because of its positioning, it goes that the product will be priced accordingly. It is said that Mercedes-Benz wants the X-Class to hover around €20,000, which translates to around $26,000. We’re assuming those are figures estimated in the current economy, and even when inflation… Continue Reading » 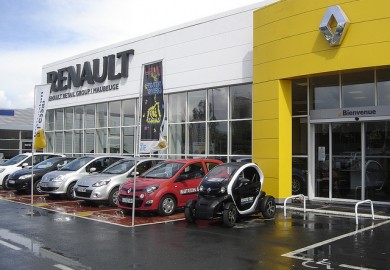 The France-based Renault who entered into a partnership with Daimler 3 years ago to increase its profit margin for luxury vehicles recently backed away from its plan to develop cars based on the Mercedes-Benz E-Class. This report came last March 11 from Fox News. According to Fox News, the deal involved using Daimler’s design and concept for the E-Class in order for Renault to produce its own line of vehicles inspired by the brand. However, Renault COO Carlos Tavares revealed that they are no longer pursuing the plan because it does not make business sense for their company. The factors which came into consideration during the decision-making were the issues… Continue Reading »

Daimler Negotiate With Ford and Renault-Nissan For Fuel-Cell Technology 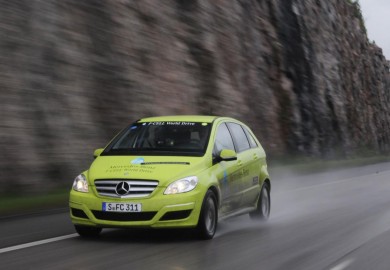 After facing issues in the development of fuel-cell technology, Daimler looking to companies such as Ford and Renault-Nissan for help. BMW and Toyota recently revealed that it was collaborating in the development of fuel-cell systems for vehicles by 2020. On the part of Daimler, it will not unveil a B-Class that features a fuel-cell system any time soon. The company is trying to find a long-term partner in the development of the technology and reduce costs. Although the fuel propulsion system of Daimler is nearly finalized, the German company will not bring the B-Class into the market since its price tag is rather steep. Due to this, the new target… Continue Reading »

According to a report from the Financial Times Germany, Daimler and Renault-Nissan are looking for a plant site in North America. And that plant will produce engines made and designed by the two companies. Daimler added 2.4 billion dollars in the Tuscaloosa plant, creating 1,400 new jobs. Meanwhile, Infiniti (Nissan) will also build a new plant in Tennessee in 2012. By now, they are producing the QX SUV in Mississippi, which goes to prove that the two car companies are investing heavily on their US plants, thus it would be no surprise if the engine project will be made in any of these facilities. As of now though, Daimler has… Continue Reading »