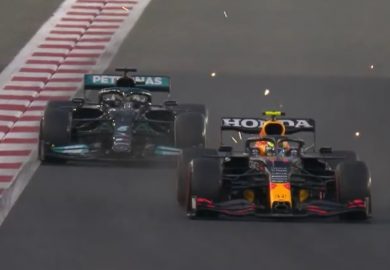 With the small gap between the overall scores of Mercedes AMG Petronas driver Lewis Hamilton and Red Bull driver Max Verstappen in the 2021 season, the Abu Grand Prix was expected by fans as the ultimate showdown that would determine the eventual Formula 1 Drivers’ Champion. Although we were rooting for “Hammy” again, the victory of “Mad Max” came as a breath of fresh air in the sport dominated by Mercedes in the hybrid era. It was only unfortunate though that his first world championship came under controversial circumstances, which made the ending of this season rather anti-climactic. The first lap started intense as Verstappen and Hamilton raced head-to-head with… Continue Reading » 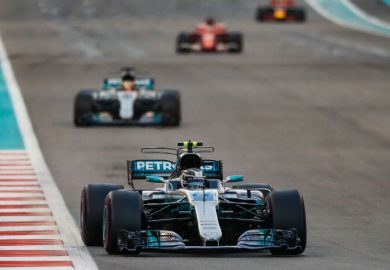 Can Mercedes continue their reign of domination over Formula 1, and keep Hamilton at the top after a fiercely competitive season last year? Let’s break down their main competitors and see how the FIA has changed the rules in a big way for 2018. When it comes to Formula 1, every fan will definitively say that Mercedes is the dominant force in the sport – whether they love or hate the team. And on paper, 2018 is looking to be no different. With the announcement of their WO9 car for the new season, they keep the same advantageously longer wheelbase along with some slight changes to the aerodynamic design to… Continue Reading »

Why Mercedes F1 Team Failed to Get Max Verstappen 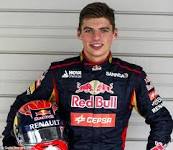 The recent qualifying for the 2016 Formula One Spanish Grand Prix proved that the battle for supremacy is not just between the Mercedes F1 team and Ferrari. Red Bull showed that it is still a force to be reckoned with when both its drivers landed on the third and fourth positions. One of the guys in Red Bull who is grabbing everybody’s attention right now is the 18-year old Max Verstappen. The young driver is the newest addition in the Red Bull lineup as announcement of his move to the team just came ahead of the Spanish GP. He went into the group as a replacement for Daniil Kvyat, who… Continue Reading »

Mercedes Discloses What Went Down in Engine Talks with Red Bull 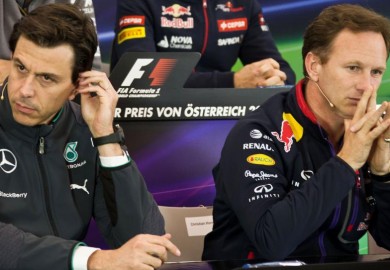 When news broke out about the negotiations between Mercedes-Benz and Red Bull with the former supplying the latter with engines for its Formula One cars, almost everyone was in for a surprise. Mixed reactions were voiced out as well from the sporting community. But in the end, an agreement did not materialize. Without a winning engine for 2016, Red Bull owner Dietrich Mateschitz decided he will pull out from F1 next season. His other team Toro Rosso will also be making an exit. Of course, Bernie Ecclestone was very upset about it. He was suspected of even having a hand in the TV black out of Mercedes during the Japanese Grand Prix. So what… Continue Reading »

Mercedes in Favor of Three-Man Teams in Formula One 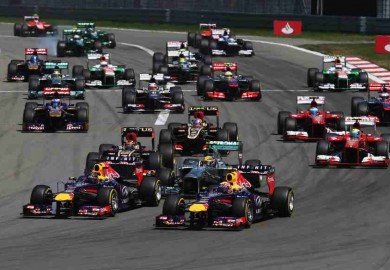 Mercedes-AMG Petronas Formula One Team boss Toto Wolff stated that he is in favor of putting a third car in the races if the management of the sport decides to go for that direction. It should be noted that without a clear direction in terms of engine deal on the part of Red Bull, its owner Dietrich Mateschitz is contemplating on pulling out his team from F1, according to Autosport. The former Constructors Champion indicated that it will be ending its relationship with Renault after the conclusion of the present season following the latter’s failure to deliver a competitive power unit since the new engine regulations took into effect in 2014. Following that, it was… Continue Reading » 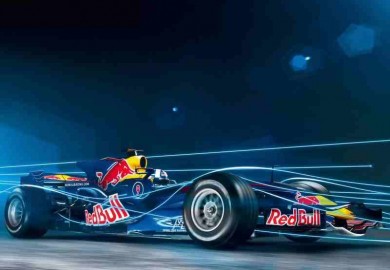 A story broke earlier about Aston Martin negotiating a comeback in Formula One through a partnership with Red Bull. A report from Autosport claimed that one of the subjects that came up in the discussion was an engine tie-up between Red Bull and Mercedes. It was certainly a shocking topic because Aston Martin hasn’t been in the sport for more than five decades already. Add the fact that Red Bull has been the bitterest rival and strongest critic of Mercedes-AMG Petronas since the three-pointed star marque started dominating F1. Aston Martin and Red Bull are yet to comment on the matter, but according to the Motorsport website, Niki Lauda already gave his… Continue Reading » 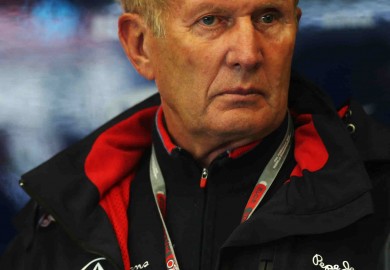 Red Bull Racing is stirring things up again in Formula One. In another unsurprising move, one of the executives belonging in the Austrian team claimed Mercedes-AMG Petronas is in cahoots with Scuderia Ferrari. According to GrandPrix.com, the motorsport advisor of Red Bull Dr. Helmut Marko, said Mercedes is actively aiding Ferrari this season. He accused the two of working together to kill suggestions that the German team is ruining the excitement in the sport because of its continued easy dominance. The former race car driver also cited political reasons behind the assistance of Mercedes to Ferrari. While Dr. Marko did not elaborate further about the “political” issue he mentioned, it was… Continue Reading »