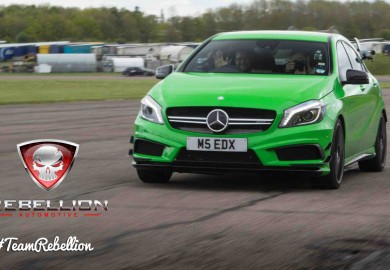 The Mercedes A45 AMG may be a cub compared to its stockier brothers in the Mercedes-Benz lineup. Despite its size, it does pack quite a punch from its 2.0-liter four-cylinder turbo engine with an output of 360 hp and 450 Nm of torque. It’s fast though it could be easily dwarfed by pure sports cars with V8 or V12 engines under their hoods. But a new tuning package for the auto might change your perception on it. Recently, Rebellion Automotive revealed its work on the Mercedes A45 AMG through MBWorld Forums. The car received the group’s stage two tuning package with their signature ECU flash. The resulting output was at 460 hp and 630 Nm…. Continue Reading »