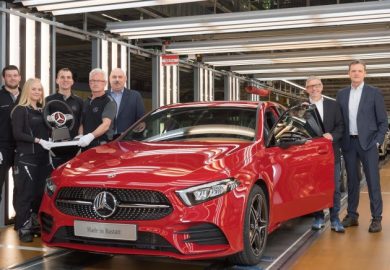 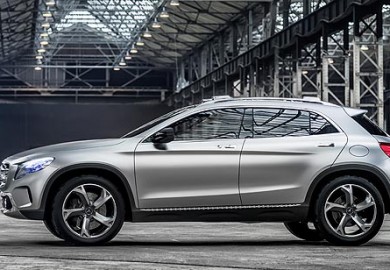 Production of the highly anticipated Mercedes-Benz GLA is in full swing, as the first completely assembled unit rolled off the automaker’s Rastatt plant. The GLA represents a significant part of the company’s strategy in the coming years, as it is positioned in the all-important SUV segment, completing the range while growing Mercedes-Benz’s own compact model lineup. This new compact SUV is the fourth out of five fresh compact designs from Mercedes-Benz. It’s the “next milestone” for the company’s central Mercedes-Benz 2020 growth strategy, noted as such by Daimler AG Chairman and Mercedes-Benz Cars chief Dr Dieter Zetsche. By combining a compact model and an SUV, the automaker can nail a niche… Continue Reading »

Production of Mercedes-Benz’s second of two new compact car models, the new A-Class, is just getting in gear. The first unit rolled out of the production lines in the automaker’s Rastatt facility, and top officials were on hand for this milestone moment. Over €1.2 billion has been invested by Daimler in the Rastatt plant, which started producing the B-Class in September of last year. To accommodate production of the new compact models, €600 million was allotted for construction and tools. The other half of the budget will be for subsequent expansion. This facility in Germany, which went operational in 1992, is now going to focus on the compact vehicles of… Continue Reading »