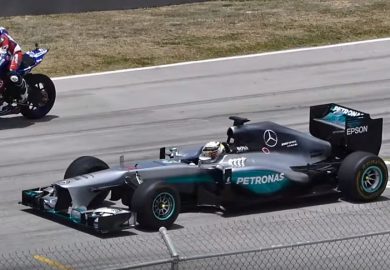 How will the Yahama R1M fare against the Mercedes F1 car? During the Festival of Speed in Barbados, the 2013 Mercedes AMG Petronas Silver Arrows Formula One car was pitted against the sports bike. In the video posted by Supercars of London via YouTube, the Mercedes F1 car was driven by none other than Lewis Hamilton. The race car made laps together with the Yamaha R1M Superbike at the Bushy Park Race Circuit. The two vehicles made a truly amazing sight as they both put on quite a show. Despite the harder maneuverability of the F1 car compared to the superbike, it sure did put up a great fight. At… Continue Reading » 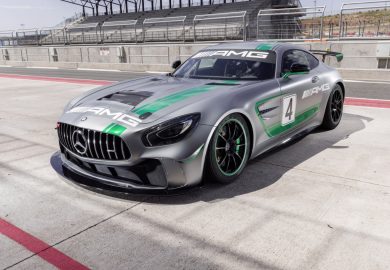 This weekend, we’ll be treated to the debut of the Mercedes-AMG GT4 on the occasion of the 24 Hours of Spa. It is based on the current road-going Mercedes-AMG GT R and is being billed to be a “production-based concept.” This racing machine was built to comply with the requirements of international GT4 race series as it follows other powerful engines such as the SLS AMG GT3 and the Mercedes-AMG GT3. But for those who wish they would be able to see the GT4 on the road, you’ll be sorely disappointed. The GT4 is a track-only race machine that covered 18,641 miles during its rigorous testing on the race track…. Continue Reading » 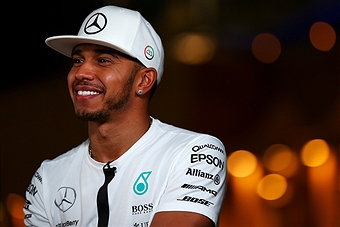 After a two consecutive reigns as a Formula One World Champion, and a total of three drivers’ championships in his F1 career, Lewis Hamilton finally lost the title to his teammate Nico Rosberg. Despite the two drivers belonging in Mercedes AMG Petronas F1 team, their battle was never without controversy. Recently, it was revealed in an interview with Sky Sports that Hamilton nearly quit mid-way in the 2016 season of F1. The report said the incident at the F1 Spanish Grand Prix triggered Hamilton to the point of considering about walking away from the rest of the season. It should be noted that the event saw both Mercedes drivers eliminated from the… Continue Reading »

Mercedes-AMG GT S Vs Audi RS7: Which One Wins? 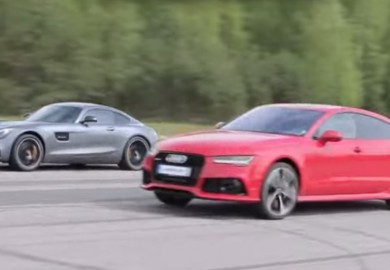 Which one will win between the Mercedes-AMG GT S and the Audi RS7 in a race? This might be a tough choice since we are looking at two powerful cars here around the 500 hp bracket. Tale of the Tape First, let’s look at the key specs of the Mercedes-AMG GT S. The car has a 4.0-liter biturbo V8 engine capable of producing up to 503 hp and 479 lb-ft of torque. The power of the car is distributed to the rear wheels via a seven-speed dual-clutch automatic transmission gearbox with manual mode. It has a curb weight of around 3,000 lbs. Overall, the figures allow the car to sprint from zero… Continue Reading » 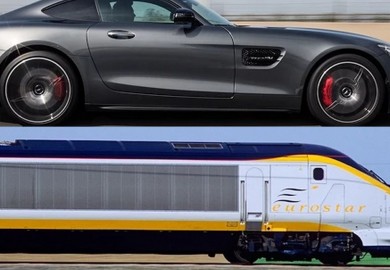 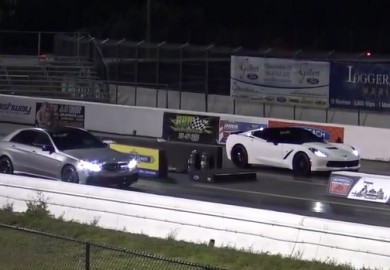 Here’s another video pitting German versus American car engineering. This time, we will feature a race between the 2015 Mercedes-AMG E63 S sedan and the 2015 Corvette C7. We are already well-acquainted with the 2015 Mercedes-AMG E63 S. As a recap, the car carries a 5.5-liter biturbo engine enabling it to produce up to 577 hp and 590 lb-ft of torque distributed to all it wheels through a seven-speed MCT automatic transmission gearbox. The figures allow the car to go from zero to 60 mph in only 3.5 seconds and gain an electronically-limited top speed of 186 mph. On the other lane is the 2015 Corvette C7. According to the description of… Continue Reading »