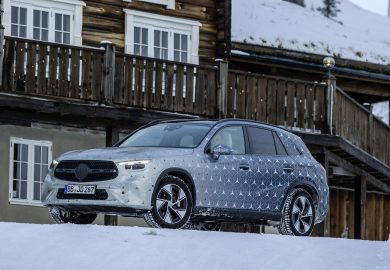 A new teaser by Mercedes-Benz confirms that the GLC SUV is getting a next-generation series soon. New photos of its camouflaged prototype hint a lot about what we should expect from it. Power The next-gen Mercedes-Benz GLC will start with the GLC 300 trim. Since the C-Class is the basis for the GLC range, the latter also mirrors the numeral designations of the former. With that, the base trim of the SUV will follow C 300’s setup featuring a 2.0-liter inline-four engine with a 48-volt hybrid system. The powertrain will produce a total output of at least 255 hp and 295 lb-ft of torque distributed either by the standard rear-wheel-drive… Continue Reading » 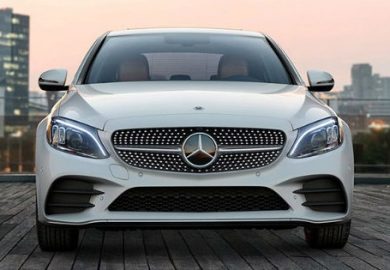 Despite Mercedes-Benz USA streamlining its models wherein the C-Class is one of its casualties, it looks like the home court of the company is developing an off-shoot version of the range called the Mercedes-Benz CLE. According to the Italy-based Autoblog.it, the CLE will be positioned between the C-Class and the E-Class cars. Looking at the nomenclature system used by Mercedes, the CL prefix refers to coupe-inspired sedan models like the CLA and CLS. Similar to the said models, expect an arching roofline for the upcoming CLE class. The report claimed that the CLE will include coupe, convertible, and wagon versions. To avoid bloating the existing Mercedes lineup, the new models… Continue Reading » 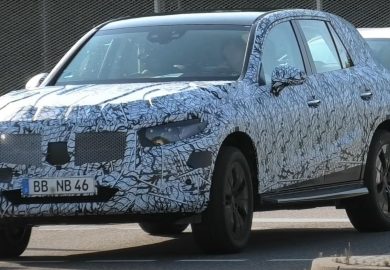 It’s been five years since the Mercedes-Benz GLC was introduced, and a year since we saw its facelifted model. A new spy video reveals that the three-pointed star marque is working on the next-generation series of the range. The sport utility vehicle was spotted in traffic. However, it is still hard to make out its features because the prototype is heavily clad in black and white zebra camouflage. The only give away of its identity as the GLC is that it follows the form of the auto’s outgoing model. There are a couple of noticeable changes in the prototype though. First, it appears to have a longer wheelbase than its… Continue Reading » 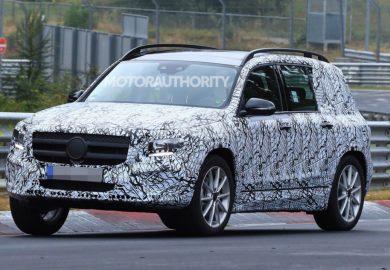 The 2020 Mercedes-Benz GLB compact crossover SUV has been spotted in prototype form with most of its camouflage gear gone. In this variant, Mercedes is already competing with its GLA, but the GLB is the bigger and more rugged offering with styling that’s been influenced by the brand’s larger SUVs. It is worth noting, though, that the GLB won’t be the mini G-Class we were all hoping for. Rather, it is based on the Ener-G-Force concept that was unveiled at the 2012 Los Angeles auto show. There were reasons, of course, why we thought this would be another GLA-styled SUV as engineers previously used the makeshift body of a GLA… Continue Reading »

The Mercedes-Benz GLB is almost ready for next year. The crossover utility vehicle (CUV) was recently caught on cam while undergoing testing at the Nurburgring track in Nürburg, Rhineland-Palatinate, Germany. The new images of the GLB featured in Autoblog still show the crossover in a heavy zebra camouflage just like in our previous spy shots and video. However, there are noticeably developments on the prototype’s exterior compared to its older version. Design The GLB is gradually taking its final form with its more defined front. The auto now sports the present twin-horizontal bar styling of other Mercedes-Benz SUVs on its radiator grille. The bars, including the center where the logo… Continue Reading » 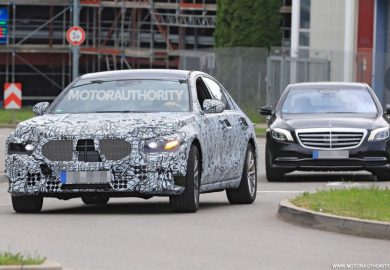 Several spy shots showing the prototypes for the next-generation Mercedes-Benz S-Class have surfaced online. Since the car is still in its early stage of development, it came covered in full camouflage. According to the source of the S-Class spy shots, the unveiling of the car is still a long way to go. The report said it will likely make its world premiere in 2020. It will bear a 2021 model year. The 2021 Mercedes-Benz S-Class was spotted together with its current-generation model. A BMW 7-Series can be seen in the photos too. The mentioned cars are most probably being used by Mercedes engineers as benchmarks. The next S-Class appears to have… Continue Reading »