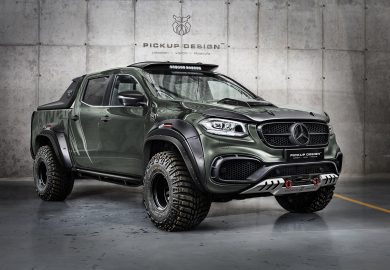 Carlex Design just released its new tuning packages for the Mercedes-Benz X-Class. The kits come with exterior and interior upgrades that optimize the off-road and highway capabilities of the pickup. There are two tuning packages offered by Carlex for the Mercedes X-Class. The specialist has 999 samples of each package. That means they are targeting to sell the upgrades to 1,998 owners of the pickup. First Choice The first version of the tuning package is called the “Exy Off-Road”. It includes a special wrap for the exterior, roof-mounted lights, new body kit, plastic cladding, extended wheel arches, higher suspension and all-terrain tires. Inside it is an all-black leather upholstery with… Continue Reading »

Mercedes-Benz X-Class Given a Widebody Makeover by delta4x4 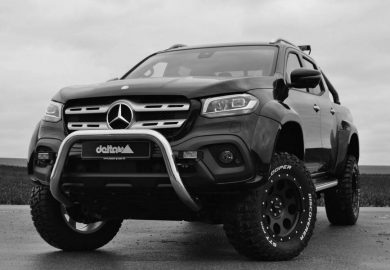 The Mercedes-Benz X-Class is one of the hottest releases of the three-pointed star brand right now that is not available in the U.S. Mercedes really made an impact with it in the premium pickup truck segment of the market. So far, only a few aftermarket specialists have introduced custom parts for the X-Class. Recently, delta4x4 also introduced the magic they did on the pickup to give it a major visual overhaul. Based on the video released by delta4x4 thru its Facebook page and a report from Tuningblog.Eu, among the significant changes they made to the X-Class include its steel bars in front of the radiator grille and bumpers, wider fender… Continue Reading » 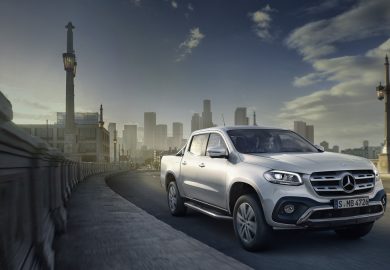 The Mercedes-Benz X-Class is here. So far, everything about it is nothing short of amazing. It is ideal for everyday city drive and outdoor trips. That is why this is my personal pick for the best Mercedes to debut this 2017. Here are the top four reasons why I love it: 1. Luxurious If it’s quality that you are looking for, like the quality blogs that you see from guest posts at izideo, better turn your attention to the X-Class. While it is true that its stance is reminiscent of the Nissan Navara—as the two share the same platform and assembled at the same plant—it has managed to successfully distance… Continue Reading » 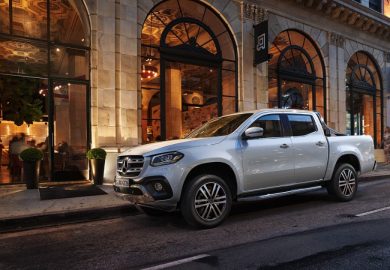 The Mercedes-Benz X-Class is the first premium pickup of the brand bearing the three pointed-star logo. The production version of the vehicle was launched in the second half of this year in South Africa with much fanfare. Well, there are definitely a lot of things to get excited about in this new product. The X-Class is highlighted by its tough but stylish design. Gorden Wagener, Chief Design Officer of Daimler, described the X-Class as the embodiment of the “sensual purity” design language of the Mercedes brand. He said that it is a mix of emotion, heart and sex appeal coupled with intelligent solutions. Furthermore, he boasted the vehicle as showcasing… Continue Reading »

Mercedes-Benz X 250d Review: A Look at the Pickup’s Pros and Cons 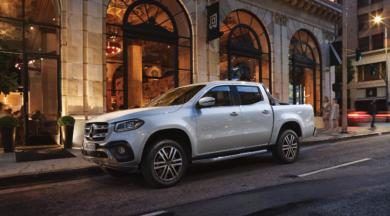 The X-Class is the new challenger of Mercedes-Benz in the premium pickup truck market, which is dominated by more established names in the segment like Ford, GMC, Chevrolet and Nissan. So, how was it like driving the new Mercedes-Benz X 250d model of the range? Good Side Motoring took the X 250d for a spin and these were the things they liked about it: 1.  Strong Engine The X 250d possesses a 2.3-liter four-cylinder turbo-diesel engine sourced from Renault. It gives  the pickup a pretty decent output of 190 hp. 2. Classy and Comforting Interior When it comes to comfort and detailing, the cabin of the X-Class is a notch up… Continue Reading » 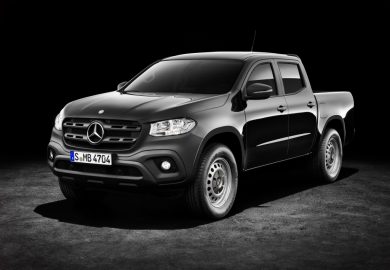 The Mercedes-Benz X-Class is the company’s first true pickup truck, which caused the uproar it received last week when it was launched in South Africa. Mercedes fans all over the world have been waiting long for it, but Americans were disappointed that they won’t get their hands on it… Possibly ever. According to Business Insider, the X-Class won’t be available for sale in the United States for yet to be stated reason. The German automaker has yet to release a full statement regarding their decision to isolate US from the European market, which will get the truck in November, and the likes of South Africa, Australia, and New Zealand in… Continue Reading » 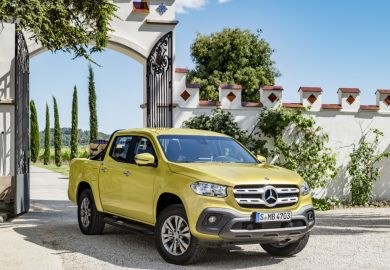 Mercedes-Benz finally unveiled its newest and first entry into the pickup truck segment—the X-Class—in a launch party in Cape Town, South Africa. Slated to be a luxurious and yet powerful vehicle, the Mercedes-Benz X-Class is all muscles and opulence as is dominant in all vehicles of its brand. 1. Exterior The five-seater pickup is packing with full LED headlamps and has a massive 22-inch alloy wheels. The front of the car is similar to the GLA SUV range, though the X-Class pickup truck is definitely more muscular and has a bit of that dominant stance perfected. Styling and aesthetics-wise, the Mercedes-Benz X-Class is going to compete against the Nissan Navara and… Continue Reading »