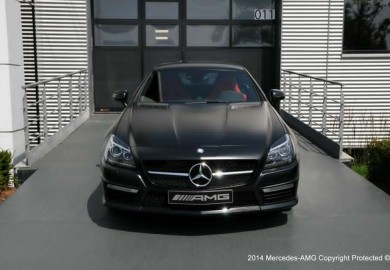 Sadly, Mercedes-Benz is striking down the SLK nameplate in its future production. Based from the recently revealed new nomenclature system of the brand, the successor of the current Mercedes-Benz SLK will carry the SLC name instead to reflect that the roadster originated from the SL and it is somehow related to the C-Class core series of the German luxury automaker. As a tribute to the outgoing series, AMG Performance Studio laid its hands to a Mercedes SLK 55 AMG to give it a couple of upgrades in its appearance both inside and out. Starting at the exterior, the armor of the car was finished in matte black. Then, the wheels came in two-tone alloy, which mimic… Continue Reading »