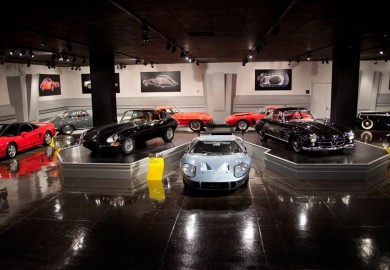 Petersen Automotive Museum, an LA-based non-profit organization housing the world’s largest automotive museum, launched an event showcasing “The World’s Greatest Sports Coupes” last week on April 10. The event sponsored by Jaguar featured a dozen of sports coupes handpicked by twelve celebrity guest curators. It also included a collection of artistic sports coupe photos from renowned automotive photographer Scott Williamson. Of course, when we talk about the best sports coupes of all time, the 1955 Mercedes-Benz 300 SL Gullwing is something that can never be omitted. Bruce Meyer, a famous car collector and designer curated this classical car during the event. The Gullwing possesses a very impressive classical design that… Continue Reading » 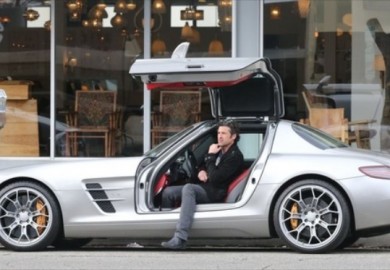 Patrick Dempsey is an actor, businessman and a part-time racer. He is known worldwide for his roles in movies such as Transformers 3: Dark of the Moon, Made of Honor, Sweet Home Alabama and for his supporting part in the award-winning series Grey’s Anatomy as Dr. Derek Shepherd. As a racer, the actor definitely has a good taste for cars. Recently, he was caught on the streets while posing in his parked Mercedes-Benz SLS AMG. Based on AutoEvolution, the picture above was taken just last month while he was out strolling. From this angle, it appears that the interior of his silver car is mounted with red leather which is… Continue Reading »