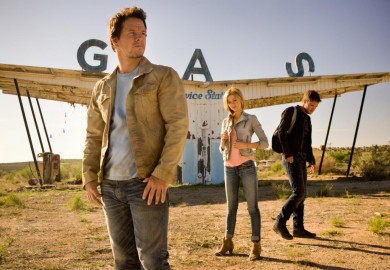 Aside from Optimus Prime, it is worth noting that another character in Transformers: Age of Extinction will be taking the form of a Daimler truck. The identity of the 2014 Argosy cab-over truck by Freightliner is not yet confirmed but rumors say that it will be a Decepticon which will serve as the polar opposite of Optimus Prime. Hardcore fans of the franchise claim that it could be Ultra Magnus, Nemis Prime or Motor Master. Another key character that will appear in the Transformers 4 movie, rumored to be a Decepticon named Stinger, will take the form of a Pagani Huayra. ThePagani Huayra supercar carries a powerful 6.0-liter biturbo V12… Continue Reading » 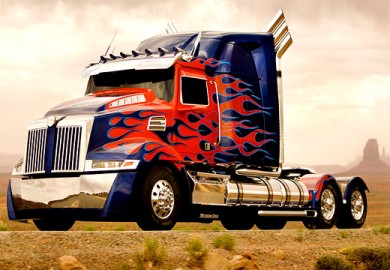 Daimler Trucks is making a big splash on the big screen in 2014, as Transformers 4, which features robots who transform into different things from cars to jets, will see Autobot leader Optimus Prime having a new truck mode. Based on a revealed image, Optimus Prime will now be a truck model built by Western Star, which is a subsidiary of Daimler Trucks North America. The new truck form is said to be a ‘completely upgraded, custom-built’ unit, according to producer and director Michael Bay’s website. Optimus Prime’s truck forms in the franchise were based on the Peterbilt Model-379. Bay said that the film is not so much a reboot as… Continue Reading »