Mercedes-AMG GT Appears In A Japanese Movie As The NEXTridoron 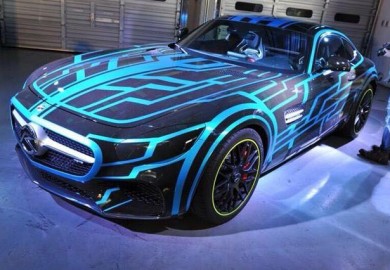 The Mercedes-AMG GT is a product of the collaboration between Mercedes-Benz and AMG. It was initially launched in September 2014 and is currently being used as a Formula 1 safety car. Apparently, the Japanese were so impressed with this luxury supercar that they decided to use it in the 2015 movie Kamen Rider Drive: Surprise Future as the NEXTridoron, as shown on a report from autoevolution.com. The Kamen anime, comics and movies play a significant part of the Japanese culture. The literal meaning of “kamen” is “mask,” and it makes up an entire genre of science-fiction entertainment in Japan. One good example of this genre is the Power Rangers. The… Continue Reading »