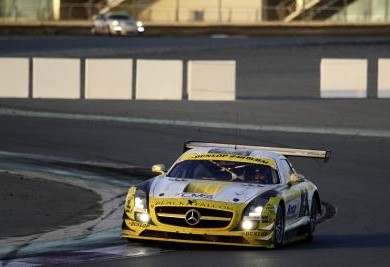 The recent victory of the SLS AMG GT3 from the customer team Abu Dhabi by Black Falcon was no longer a surprise after its amazing performance last season. The gullwing with race number 1 that dominated the 24-hour event which was held in Dubai on January 10 to 12, 2013 was driven by Khaled Al Qubaisi (UAE), Bern Schneider (Germany), Jeroen Bleekemolen (Netherlands) and Sean Edwards (Great Britain). The car took off from the pole position of the starting lineup. From there, it maintained the first position and cleanly ended the race two laps ahead of the competition. The victory marks the team’s second overall win after its success from last… Continue Reading »