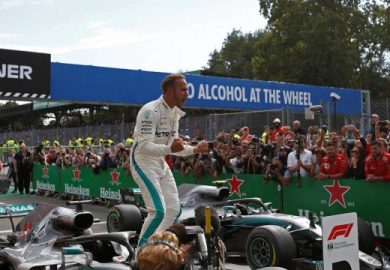 The win of Lewis Hamilton at Monza in the Formula One Italian Grand Prix comes as a bit of a relief for Mercedes. The victory extended the Briton’s lead for the championship but it didn’t come without controversy. The race cars of Hamilton and Ferrari’s Sebastian Vettel brushed with each other at the second chicane of the race on the first lap. The incident stemmed from the Mercedes driver’s maneuver to overtake Vettel. It started when Vettel attempted to overtake his teammate Kimi Raikkonen. He went wide on the chicane while targeting to go on the inside line. However, Hamilton approached on Vettel’s right-hand side and he went outside the… Continue Reading » 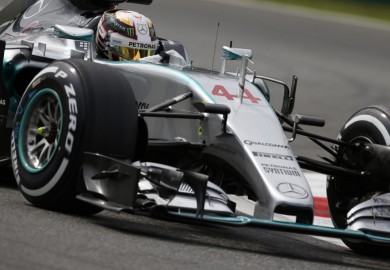 Lewis Hamilton won the 2015 Italian Grand Prix from pole position, taking his seventh win this season and third in the last four outings. The day was not as kind to Hamilton’s Mercedes teammate, however, as the back of Nico Rosberg’s car caught fire two laps from the finish as he tried to pass Sebastian Vettel of Ferrari. Rosberg pulls over with back of his Mercedes flaming just two laps from end #ItalianGP #ForzaF1 pic.twitter.com/lKcCbvPC62 — Formula 1 (@F1) September 6, 2015 Joining Hamilton on the Podium are Vettel and Williams’ Felipe Massa. Ferrari’s Kimi Raikkonen, who was among the favorites to win this race after qualifying in the front row of the… Continue Reading »