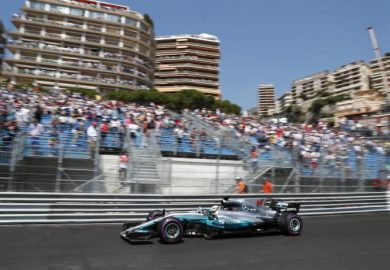 Sebastian Vettel took home the race win at the 2017 Monaco GP, at the head of a Ferrari 1-2 finish. Meanwhile, Valtteri Bottas finished in fourth place and Lewis Hamilton was able to get to seventh despite starting from P13. Overall, though, this was a loss for Mercedes as Ferrari managed to get father ahead in the standings. With the win, Vettel is now 25 points ahead of Hamilton for the lead in the driver’s standings. Scuderia Ferrari also moved past Mercedes in the team standings. Ferrari has taken a 17-point lead thanks to the 1-2 finish. With the other Ferrari of Kimi Raikkonen in second place, Red Bull Racing’s Daniel… Continue Reading » 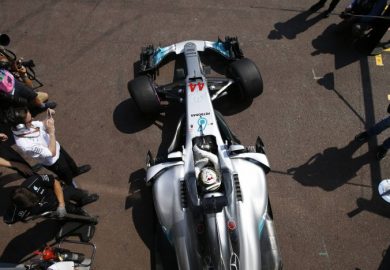 Lewis Hamilton’s struggles continued from practice to qualifying, limping to P14 on the grid at the Monaco GP. “I was devastated after the session,” said Hamilton. He said he couldn’t even get out of his car. At one point, he almost crashed. He also struggled consistently with his car’s tyre set up. So he could only watch as a crash dashed what would be his final attempt to get into P3. There, the Ferrari drivers would end up on top after a tightly fought session. Kimi Raikkonen took pole position, followed by Sebastian Vettel. Not all was lost for Mercedes, though, as Valtteri Bottas was able to come in third… Continue Reading »