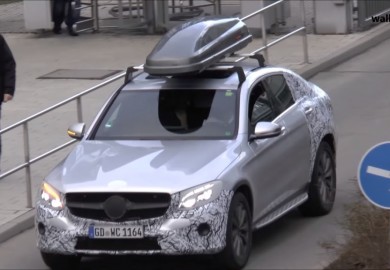 A prototype of the Mercedes GLC Coupe was spotted again, as show on a report from worldcarfans.com. Aside from its camouflage, the GLC Coupe also sported a roof box as it went through final testing. The new spy video shows the luxury vehicle about to be transformed by the German company into a crossover coupe to go up against the X4 of BMW. While the GLC is given a profile similar to a coupe with its more inclined roof, the headroom at the rear will become smaller along with its trunk capacity. This makes the GLC less functional. When the rear seats of a standard model of the GLC are… Continue Reading » 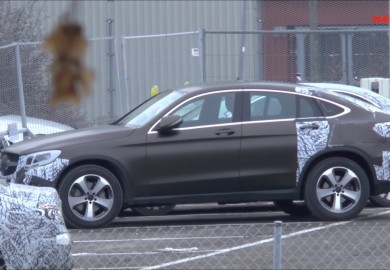 The official reveal of the Mercedes GLC Coupe may be coming soon following the recent emergence of a video showing its near-production prototype, as shown on a report from worldcarfans.com. This particular prototype was nearly bereft of any camouflage. The video shows that the proportions of the GLC Coupe are better when put side to side with the GLE Coupe. While a number of industry watchers remain unconvinced about the idea of combining a coupe and a crossover, others are certain the sales of the competitor of the BMW X4 will be impressive once it hits the market. Consumers in this particular niche market are not quite concerned on practically… Continue Reading »