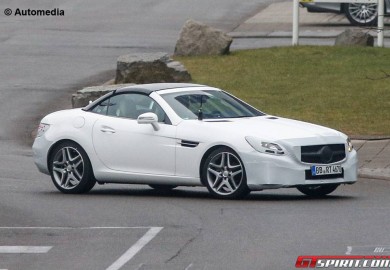 Spy photos of a Mercedes-Benz SLK with light camouflage was recently spotted. The images were captured while the car was undergoing testing. The Upcoming Version of the SLK will be Facelifted and Given a New Name Since the covered areas indicate the parts of the convertible that will undergo changes, the minimal upgrades would only mean that the existing model of the SLK will just undergo a facelift. It is expected that the facelifted SLK will be renamed as the Mercedes-Benz SLC once it comes out, based on the new nomenclature system of its maker. Then, it will likely bear a 2016 model year. The Changes It is hard to discern… Continue Reading » 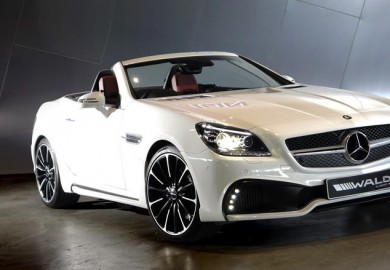 The styling kit for the Mercedes-Benz SLK was released recently by Wald International, according to a recent motorward.com report. The new Black Bison styling kit was initially previewed by the Japanese tuning company last November. The luxury convertible from Mercedes-Benz was designed to offer an overwhelming presence to its owners. However, the latest model of the SLK was not given much attention by tuning companies and the styling kit released by Wald International demonstrates this fact. Some industry watchers revealed that the design of the SLK does not make the work of tuning specialists easier. The shape is considered to be unappealing even with a number of enhancements on the… Continue Reading »

Diesel in a Sportscar? The SLK 250 CDI Made it Possible

Before, nobody would ever think that a sportscar with a diesel engine will ever come to life. Some cannot believe that it could run that fast. But the SLK 250 CDI is now out to prove them wrong. The introduction of the new SLK 250 CDI by Mercedes-Benz not only marks the continuation of the company’s unique diesel engine heritage, but also serves to counter in impressive style the common misconception that diesel engines and sports cars are incompatible. The four-cylinder diesel engine in the Roadster delivers 150 kW (204 hp) from a displacement of just 2.2 litres to give the two-seater its characteristic sporty temperament. The sprint from zero… Continue Reading »