Mercedes-Benz GLE Coupe to be showcased in ‘Jurassic World’ 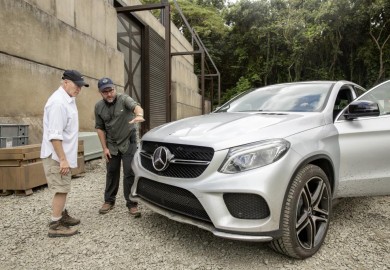 One of the highly anticipated films of 2015 is Jurassic World, the fourth film in the series that started in 1993. In the latest installment, the main characters will be riding an all-new Mercedes-Benz GLE Coupe, which offers off-road capabilities that fit the requirements of this sci-fi adventure flick. Mercedes-Benz is not new to the film series, as the M-Class was also launched through the second film in the series, 1997’s The Lost World: Jurassic Park. Jurassic World will feature a specially made prototype of the GLE Coupe, and the release of the film will be timed well with vehicle’s market launch that’s slated for the middle of 2015. There will also be an appearance by a GLE… Continue Reading »