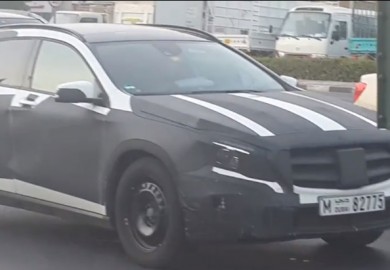 Following its introduction during the Shanghai Auto Show, production of the Mercedes-Benz GLA Class Crossover is set to start soon. A video recently emerged showing the attention-grabbing curves of the vehicle. The new Mercedes-Benz GLA Class Crossover will have a different look compared to the Kia Sportage and the Ford Kuga, its rivals in the market. Its rear window will make it appear sporty due to its sloping design. The base engine of the GLA 180 is expected to be a 1.6L turbo with 122PS and 200Nm of torque. The GLA 180 CDI will feature a Renault 1.5L diesel engine while the GLA 200 CDI will come with a 1.8L… Continue Reading »