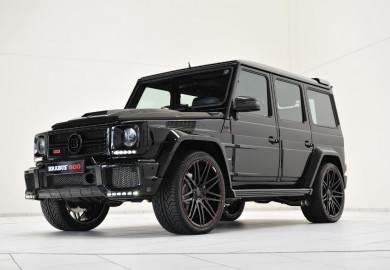 The 800 iBusiness, which is based on the Mercedes-Benz G65 AMG, is expected to be officially unveiled by Brabus during the Geneva Motor Show, according to a carscoops.com report. The luxury SUV features the Widestar wide body version of Brabus along with its Platinum Edition 23-inch forged wheels that were designed specifically for the vehicle. A twin-turbo system, optimized ECU, four water-to-air intercoolers, and stainless steel exhaust system were added by the company into the 6.0-liter V12 engine. These modifications increased its power output to 800HP along with an electronically-limited torque of 811 lb-ft. The performance of the modified Mercedes-Benz G65 AMG is impressive despite its heavy and less-than streamlined… Continue Reading »