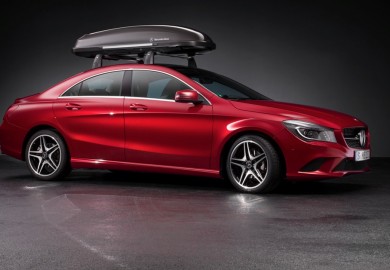 As the release of the Mercedes-Benz CLA draws near, the luxury car manufacturer has revealed the Genuine Accessories catalogue for the new sporty car model. Among the highlights of the line of products for the new CLA of Mercedes-Benz include a modern multimedia system, realistic transport solution, and dynamic individualization options. AMG body styling features and a customized rear spoiler are some options that enhance the appearance of the vehicle. The Drive Kit Plus for the iPhone facilitates the seamless integration of an iPhone into the Mercedes-Benz CLA. On the other hand the Audio 20 radio can be converted into a high-performance navigation system featuring a 3D map display using… Continue Reading » 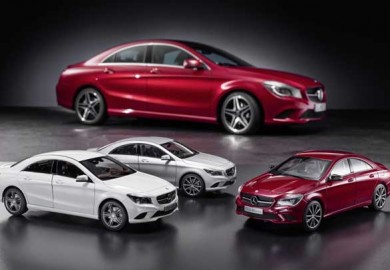 Mercedes-Benz has already launched its new CLA-Class four-door coupe, and now, model car collectors can also add the vehicle to their respective collections. The model car version of the CLA can be purchased in two scales and prospective buyers can choose from six different colors. Mercedes-Benz has partnered with Norev, a specialist maker of model cars, which assembles the model CLA using more than 100 separate parts for the 1:18 scale variant. The detail is amazing, as the lids and all the doors of the model car can be opened, showcasing the detailed interior that was made through high-quality printing. This die-cast zinc model comes with packaged in a Mercedes-Benz gift… Continue Reading » 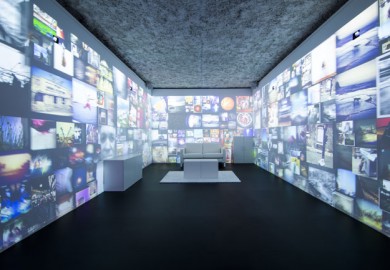 As part of the launch of the new Mercedes-Benz CLA, the German automaker has just opened its #Untamed photo exhibit smack dab in the middle of Paris. The digital photo showcase is being exhibited at a Mercedes-Benz pop-up store, and there are hundreds of Instagram users’ pics to be viewed. The aim of the exhibition is to brand the all-new four-door coupe as an untamed beast–together with other characteristics such as unconventional and unusual. Mercedes-Benz took an interesting social approach to come up with this exhibit, as different individuals from all over the world gave their own interpretations of what ‘untamed’ is all about. The pop-up store housing the #Untamed… Continue Reading » 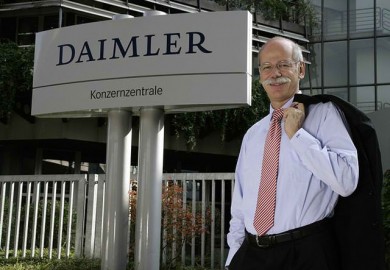 The new Mercedes-Benz CLA gets its world premiere at the 2013 Geneva Motor Show this week, and this represents perhaps one of the most crucial measures in Daimler chief Dr Dieter Zetsche in putting Mercedes back on top in the luxury car market. Zetsche himself will be appearing at the auto show to present the CLA to the public, showing just how important the car model is to the strategies of the division and the chief executive. He is keen on pushing the Mercedes emblem further, particulary in the ever-critical Chinese market. A younger customer base is also important to the brand, which is where models like the CLA come… Continue Reading » 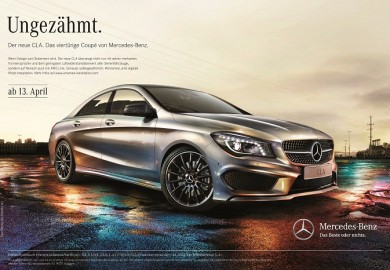 Previously, we showed you the “Untamed” TV spot for the all-new Mercedes-Benz CLA. Well, it turns out that it’s just the tip of the iceberg, as the “Untamed” campaign launches across all media platforms, showing just how extensive it really is. The TV spot was already launched and should be shown on major channels on German television up until the middle of March. Of course, there will be print ads to complement this commercial, and these will be available on major publications, from newspapers to business publications and especially in automotive publications. Aside from “Untamed,” the print materials will also carry other headings like “Form: non-conformist.” There will also be… Continue Reading » 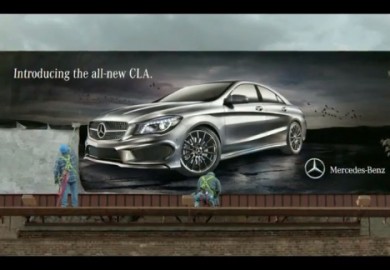 While there have been some mixed reactions to Mercedes-Benz’s entry in this year’s slew of Super Bowl commercials, Mercedes-Benz USA chief Stephen Cannon was optimistic that the ad, along with its online teaser that featured Kate Upton, was able to draw attention from a younger demographic and thereby increase the brand’s appeal. In particular, the aim was to highlight the brand-new Mercedes-Benz CLA, a sedan that’s geared toward a younger consumer base. This was accomplished by the Super Bowl spot that had prominent figures like Upton, Willem Dafoe, and Usher appearing in it. “There’s a method to that madness because we’re trying to reach out to younger buyers, not just… Continue Reading »

Most Aerodynamic Vehicle Launched By Mercedes 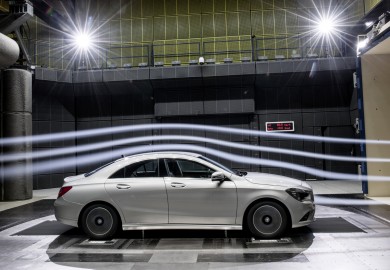 The Mercedes-Benz CLA 180 Blue Efficiency Edition is supposed the most aerodynamic vehicle in the world according to the company due to its 0.22 overall drag co-efficient. This particular vehicle is one of the five CLA models that will be unveiled by Mercedes-Benz during the Geneva motor show next week. In comparison to the Mercedes-Benz CLA 180 Blue Efficiency Edition, the Prius of Toyota and the 320d of BMW have a drag co-efficient of 0.25 and 0.26 respectively. The smaller frontal area of the vehicles is the main reason for its impressively low drag co-efficient. A number of enhancements are also included in this particular model but is not available… Continue Reading »