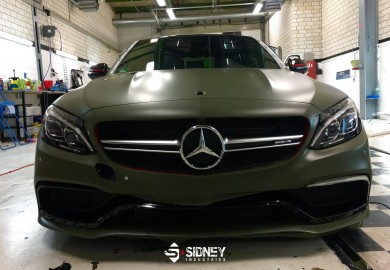 Even though Sidney Industries is a newcomer in the tuning business, it does have some innovative ideas in modifying the latest Mercedes-Benz C63 AMG sedan, as shown on a report from autoevolution.com. The C63 AMG was given a camouflaged wrap for the Essen Motor Show this year. The new C63 uses a 4.0-liter twin-turbo engine instead of the 6.2-liter engine the older model used. Its new engine is capable of producing 510 HP of power. Aside from being classy, it also generates a rather aggressive engine noise but with a more civilized attitude compared to its predecessor. The modifications made by Sidney industries on the Mercedes-Benz C63 AMG may be… Continue Reading » 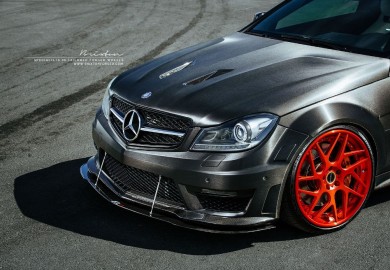 The Mercedes-Benz C63 AMG is best remembered by luxury vehicle enthusiasts through the 6.2-liter V8 engine the previous generation carried. The engine of the luxury vehicle already makes it quite capable of rivaling the speeds of other supercars in the market. Despite this, a number of tuners have offered supercharging kits for the C63, and Weistec Engineering of the United States in among these tuning companies, as shown on a report from gtspirit.com. The supercharger package of Weistec was installed into the C63 AMG, which allowed it to increase its power output to 700 HP from 451 HP. The luxury vehicle was also given a number of aggressive-looking components along… Continue Reading » 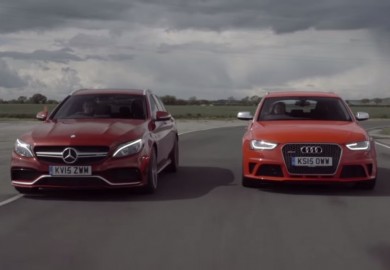 The introduction of the Mercedes-Benz C63 AMG in the market rekindled the rivalry among super-fast estates. This rivalry was highlighted with a video showing the C63 AMG going up against the Audi RS4, as indicated on a report from carscoops.com. While the current model of the RS4 was initially released into the market in 2012, it continues to be the best method of bringing a large family from one place to another. This is mainly due to its all-wheel drive Quattro and the naturally aspirated 4.2-liter V8 engine that is capable of producing 44 HP of power. The latest model of the C63 AMG has replaced the 6.2-liter V8 engine… Continue Reading » 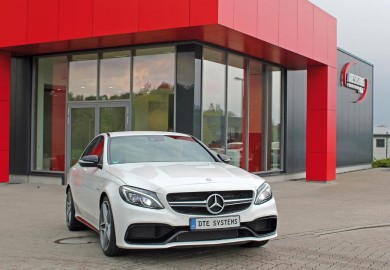 The Mercedes-Benz C63 AMG was given a package to boost power by DTE Systems, as shown on a report from worldcarfans.com. The standard model of a C63 AMG has a 4.0-liter bi-turbo V8 engine that is capable of producing 476 PS of power and 650 Nm of torque. On the other hand, the same engine in the C63 S produces 510 PS of power and 700 Nm or torque. However, after the engine was given the plug-and-play upgrade by the tuning company based in Germany, these figures have increased to 590 PS and 816 Nm of power and torque, respectively. While the German tuner did not release any information about… Continue Reading » 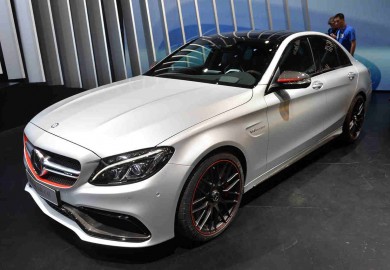 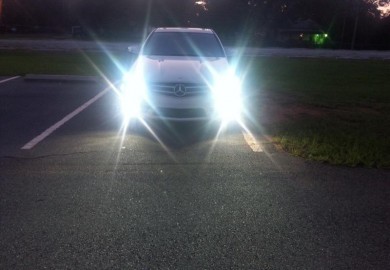 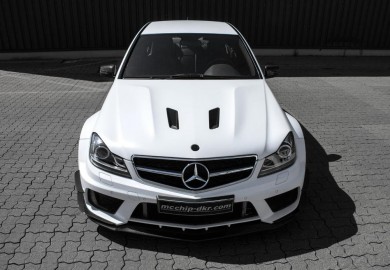 The existing Mercedes-Benz C63 AMG is set to be replaced with a new model featuring a 6.2-liter twin-turbo V8 engine. The upcoming model of the C63 AMG is expected to be offered in the same market as the latest model of the M3 sedan of BMW. However, a report from worldcarfans.com showed some enhancements made on the current model of the C63 AMG by mcchip-dkr as a going-away present. The increase in power was the most notable modification given by the tuning specialist. The 6.3-liter naturally-aspirated V8 engine of the Mercedes-Benz C63 AMG offers a power output of 450 HP, which was increased to 808 HP by mcchip-dkr. The increase… Continue Reading »