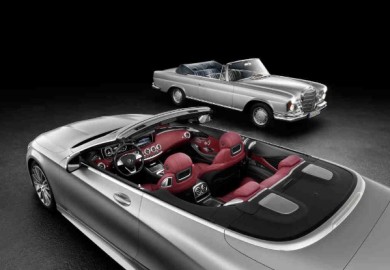 Mercedes-Benz is dropping a big one for the International Motor Show in Frankfurt. Today, the three-pointed star brand officially revealed the new Mercedes-Benz S-Class Cabriolet concept that will debut in the event. Although the picture shows the car from an angle favouring its rear, it does give everyone a good view of what to expect from it. Its interior is clearly shown here, which resonates the same aura found on the latest S-Class Coupe, minus the roof as well as the rear pillar. The picture displays the next S-Class variant alongside the classic Mercedes-Benz 220 SE Cabriolet from the W111 series. It should be noted that the older Mercedes was introduced in 1961. Then… Continue Reading »