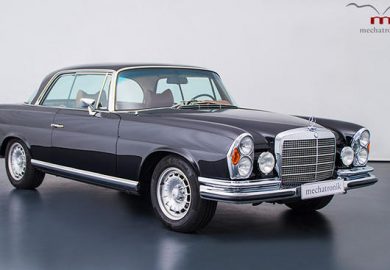 A 1970 Mercedes-Benz W111 Coupe received some restoration works and engine upgrades from Mechatronik. With its power boost, the car now has an output of 360 hp. According to Auto Zeitung, Mechatronik is based in Pleidelsheim, Baden-Württemberg, Germany. The company specializes in vintage cars and is known for its works with classic Mercedes vehicles. One of its projects involved a 70s W111 Coupe, which was restored to almost its original look when it rolled out from the production plant. Mechatronik was down to the detail on this one, but its mechanics have taken out its 3.5-liter V8 engine to replace it with a 5.5-liter V8 sourced from an SLK55 AMG. During… Continue Reading »

A Look at the Fabulous Mechatronik Mercedes-Benz M-SL 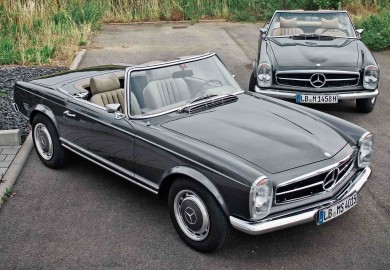 Mechatronik is known for its magic touch when it comes to restoring classic Mercedes-Benz cars. In this article, we will feature one of the all-time favorite roadsters of the three-pointed star brand that was fully-restored by the company, the Mercedes-Benz 280 SL. The ever-fabulous 280 SL was produced from 1967 up to 1971. Being more than four decades old, it is really hard to find one that is still in good condition. Thanks to Mechatronik though, some of them still continue to see the light of day at the present. One of the works of the restoration company was rechristened as the Mechatronik Mercedes-Benz M-SL. Turning a Classic 280 SL into the Mechatronik Mercedes-Benz… Continue Reading »