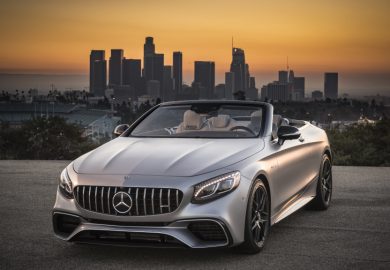 The new Mercedes-AMG S-Class Coupe and Cabriolet models were recently showcased at the Los Angeles Auto Show. The performance coupe and cabriolet each come in two trims, namely the S63 and S65. The cars feature a lot of visual, tech and engine upgrades compared to their predecessors. Here is a rundown on the key features of the Mercedes-AMG S-Class Coupe and Cabriolet: 1. V8 Engine Boost The S63 Coupe and Cabriolet cars carry the handcrafted 4.0-liter biturbo V8 of AMG. The unit produces 612 hp, which is 27 hp more than the 5.5-liter V8 of the older S63 models. The 6.0-liter biturbo V12 engine found in the S65 Coupe and… Continue Reading » 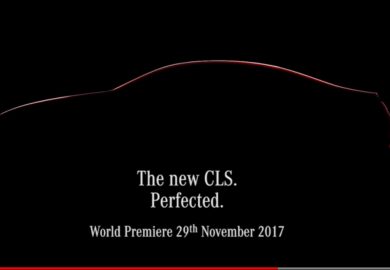 A new teaser video for the 2019 Mercedes-Benz CLS surfaced. The clip now gives us a clear view of what to expect from the exterior of the car when it is showcased at the 2017 Los Angeles Auto Show. The video partially reveals the front, sides, rear and wheels of the upcoming CLS. From there, we could see that the vehicle features a more refined exterior that seems heavily inspired by the Concept A-Class sedan. The advanced headlamps of the car particularly adopted the design cues shown in the A-Class concept. The taillights of the auto appear thinner than its predecessor too. The lighting system is similar to the ones… Continue Reading » 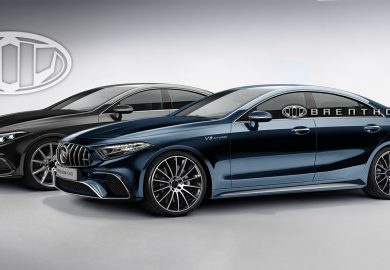 We are only days away from the unveiling of the Mercedes-Benz CLS. The car is set to make its world premiere at the Los Angeles Auto Show. It is possible that Mercedes might reveal its photos also before that event. While waiting, feast your eyes on the amazing rendering of the car, which include its Mercedes-AMG version. Spy shots of the CLS have been going around since last year. So far, we have seen the auto in its camouflaged variant. With the official debut of the car fast approaching though, it is slowly shedding some of its zebra camo. True to its purpose, which is to bridge the gap between… Continue Reading » 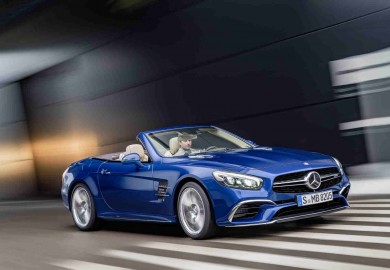 For those who are eagerly awaiting for the Los Angeles Auto Show just to see how the facelifted 2017 Mercedes-Benz SL will look like without those obstructive camouflage wraps or shadows strategically-placed to cover some of its key exterior elements, its photos are finally leaked online. Several images show the same car officially teased by the three-pointed star brand earlier, but with picturesque lighting that exposes its beauty in full. The auto is also displayed with its retracted roof, which exposes its classy interior. Closer shots of its cabin are provided too. As everyone witnessed in the teaser photo of the refreshed SL, it possesses many styling elements found on the Mercedes-AMG GT,… Continue Reading » 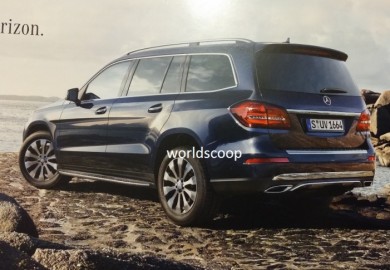 It’s only a matter of time until the Mercedes-Benz GLS makes its much-awaited debut. Sources say that the luxury SUV will be unveiled at the Los Angeles Auto Show next month. However, one forum dedicated to automobiles has already beaten Mercedes to it. Recently, the photos of the GLS were leaked by a contributor in the French online forum called Worldscoop. One of the pictures shows the front grille, headlights and bumper of the vehicle. The other displays the left side and the rear end of the auto. Based on the images and as claimed by the site, these were taken from the official brochure of Mercedes-Benz for the GLS. From the photos, many traces… Continue Reading » 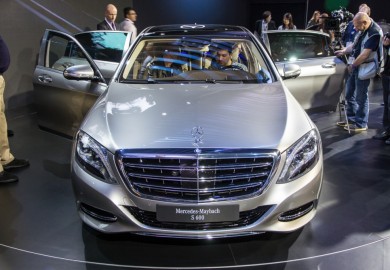 The closely-guarded Mercedes-Maybach S 600 has finally been revealed. The new car under the three-pointed star brand was among the highlights of the Los Angeles Auto Show. As mentioned earlier, the ultra-luxury car was scheduled for a double premiere, so it also graced the 2014 Guangzhou Auto Show in China on the same date of its US launching. The Mercedes-Maybach S 600 boasts itself as the very definition of luxury with a quality going a notch higher than the usual Mercedes-Benz. The new car is the chance for redemption of the Maybach brand, which has been scrapped by Daimler AG in 2013 due to poor sales. It should be noted though that Maybach… Continue Reading » 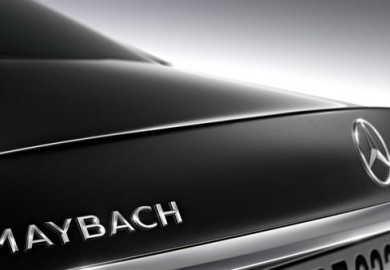 Mercedes-Benz tweeted something that got everyone too excited just a while ago. That’s because its social media post contained two teaser images of the upcoming Mercedes-Maybach S600. So far, only the lettering in the rear indicating the model name, and the elegant cabin design of the car were revealed by the Twitter post of the German automaker. However, it is great to see the Maybach name resurrected in a new car under the three-pointed star marque. It should be noted that the Maybach brand was scrapped in 2012. Since then, it opened up a void in the ultra-luxury segment of Daimler. After quite some time though, it was announced that the name will be revived… Continue Reading »