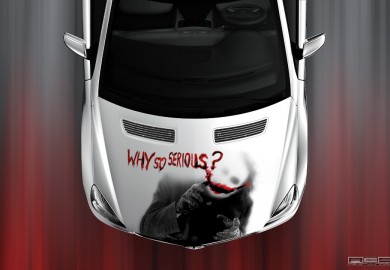 Heath Ledger is considered by a number of people to be the best person who played the Joker in a Batman movie. He played the villain in 2008 edition of the movie entitled “The Dark Knight.” Recently, a Mercedes-R-Class was given a wrapping that paid tribute to the actor. Fans of the actor will find this tribute appealing especially if they are also Mercedes-Benz fans. The design shows the Joker on the hood of the R-Class with the text saying “Why so Serious?” The same text is also located at the rear of the vehicle. The makeover was done by specialists from Russia-based Re-Styling. They used their creativity to bring… Continue Reading »