Stalking the Facelifted Mercedes-Benz A-Class During a Test Drive 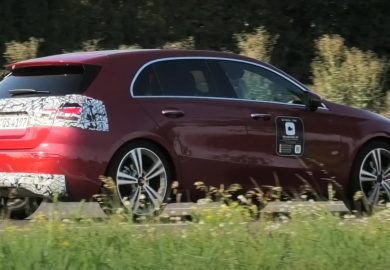 The Mercedes-Benz A-Class is currently in its fourth generation. The present series was launched in 2018, so it’s in its third year by now, which means it is already due for a mid-cycle facelift by today’s standards. Don’t get us wrong though, because the A-Class is such an appealing car and it comes with an amazing powertrain, but it has to keep up with the competition from time to time. Recently, the hatchback was spotted while undergoing testing on the road again. It has the same camouflage positioning as the previous spy shots. However, this one is in red paint with a special sticker on the side. We couldn’t make… Continue Reading » 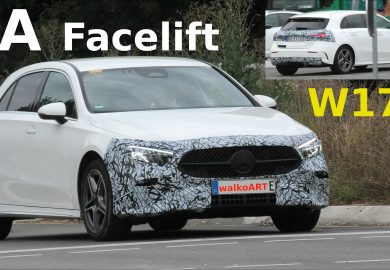 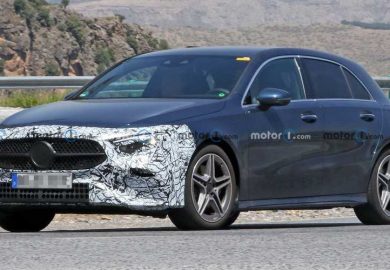 Just three years after the arrival of the fourth-generation Mercedes-Benz A-Class, it looks like the luxury hatchback is already getting a mid-cycle refresh. The prototype for the facelifted model was recently spied while undergoing testing in Germany. The spy shots taken by Motor1 show the A-Class with its front fascia, rear bumper, and center of its rear cargo door covered in camouflage. Normally, the hidden parts point out the areas that will receive updates. With that, the facelifted A-Class will likely get the thinner headlamps and taillights found in the C-Class wagon. Even the bumpers will probably get sportier styling with larger vents in front. Expect some tweaks in the… Continue Reading »

New Mercedes-AMG A45 Hatchback Seen on the Road 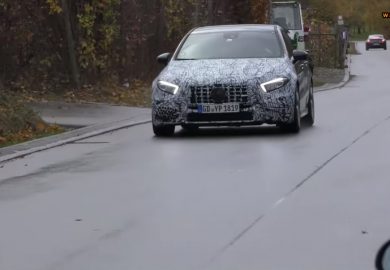 Due to the introduction of the Mercedes-AMG A35, there were initial speculations that it might replace the Mercedes-AMG A45 as the range-topping trim of the A-Class. However, a new spy video confirms that the AMG A45 version of the hatchback is being retained. There are many things to get excited about the AMG A45 according to AMG boss Tobias Moers. First of all, its 2.0-liter inline-four engine will get at least 400 hp. It will be partnered to the latest 4MATIC setup of Mercedes featuring a Drift mode. Next, all that power is distributed via an eight-speed dual-clutch transmission. The spy video shows a black AMG A45 partially-covered in a black… Continue Reading » 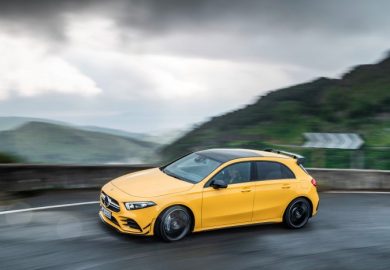 The new Mercedes-AMG A35 high-performance hatchback is now available for order. The Global Media Site of Daimler also confirmed that the cars will reach showrooms in December. It looks like the three-pointed star marque is giving its customers an early Christmas treat by offering the AMG A35 at 47,528.60 euros before the year wraps up. The auto is also available in its limited Edition 1 guise costing 55,364.75 euros. The figures mentioned already include the compulsory 19% VAT in Germany. Power The AMG A35 is highlighted by its 2.0-liter turbocharged four-cylinder engine. The unit produces 306 hp and 400 Nm of torque. The output of the auto is distributed to the 4MATIC… Continue Reading »

Mercedes-AMG A35: Exterior, Interior and Performance 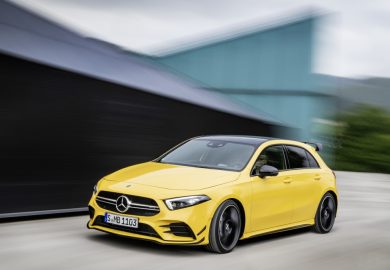 The new Mercedes-AMG A35 has finally been revealed. The “A35” moniker hadn’t been used by Mercedes since 1997. The A35 is the A-Class’ first entry into the AMG lineup. This model of the hatchback sits between the Mercedes-Benz A250 and the Mercedes-AMG A45. Here are the key features of the car: Exterior The AMG A35’s exterior design is a slight step up from the styling of the standard Mercedes-Benz A-Class. The entry-level model of the hatch in the AMG line has a more prominent front lip spoiler, flics on the air intakes, winglets on the sides of the front bumper and rear roof spoiler. Interior The interior of the auto… Continue Reading » 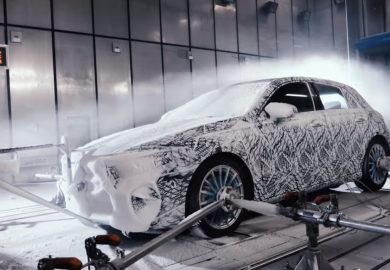 The new Mercedes-Benz A-Class is scheduled to be launched sometime this year. Recently, its maker released a video of the car during its winter testing. According to the description of Mercedes-Benz in its official YouTube channel, it took them more than four years to develop the upcoming A-Class. As of posting, the car was already about to complete its last extensive test drive in the icy regions of Sweden. The video also shows the testing of the A-Class in a climate tunnel. The facility is used to evaluate how the car, particularly its engines, will respond to the harsh cold to the point that its radiator grille is already coated… Continue Reading »