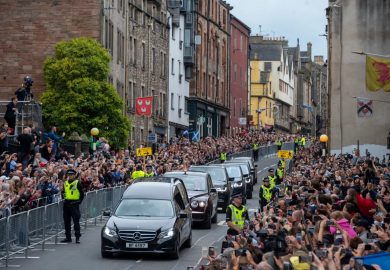 One Mercedes-Benz E-Class has been getting plenty of attention lately. It’s primarily because of its high-profile job of chauffeuring the remains of Queen Elizabeth II. The other reason is that the choice of the first hearse for Her Majesty is not British at all. According to a report, the hearse carrying the coffin of the departed queen was custom-built by German coachbuilder Binz. The car is based on the W121 series of the E-Class wagon produced between 2009 and 2016. The custom E-Class by Binz was made using metal pressings coming from the supplier of Mercedes itself. That means the quality of its materials is as good as the stock… Continue Reading »