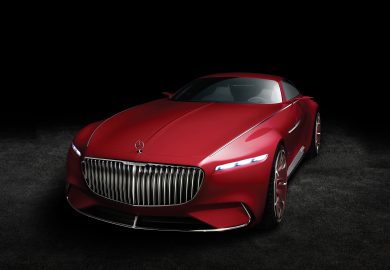 After a series of teaser photos and video, the Vision Mercedes-Maybach 6 finally made its debut. The new Mercedes concept car under the Maybach sub-brand was unveiled on August 16, 2016 in Monterey, California. The car was showcased there until the Pebble Beach Concours D’Elégance on August 21, 2016. Power Daimler revealed that the Vision Mercedes-Maybach 6 is an electric car. Within its power core lies a battery capable of producing up to 550 kW or 750 hp. The underfloor battery of the auto provides it a usable capacity of around 80 kWh. All that power lets the concept car accelerate from zero to 100 km/h in under four seconds…. Continue Reading »