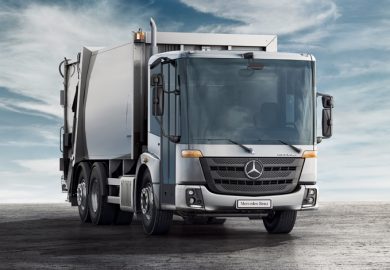 The fourth generation of Mercedes’ Active Brake Assist will be fitted in the Mercedes-Benz Econic, a waste collection vehicle in Germany. The automaker said that the fourth generation of its assistance system will protect the most vulnerable road users—the pedestrians. As the waste collection vehicle gets deployed in both urban areas and the residential areas, so accidents involving pedestrians and cyclists are a part of the risk that drivers take. The confusing road and traffic conditions are part of everyday life, but such dangerous situations could be evaded by the Econic, thanks to the Active Brake Assist 4. The system is able to warn the driver of a collision and… Continue Reading »

Unimog And Econic Trucks Slated For Production In September 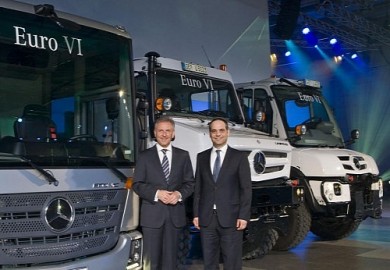 The latest iteration of the iconic Unimog truck will soon be available for sale, as it has been announced that production will begin in September. Together with the release  of the venerable Unimog is the Econic, another workhorse truck. Mercedes has announced that these trucks will be equipped with Euro VI compliant diesels. In the case of the Unimog, four and six cylinder engines will be offered, ranging from 155 to 355 horsepower. Other features will include daytime running lights, improved visibility with repositioned windshield wipers and a front camera.  Climate controls have also been given a makeover, so that the cabin occupants can operate as the Unimog does in… Continue Reading »