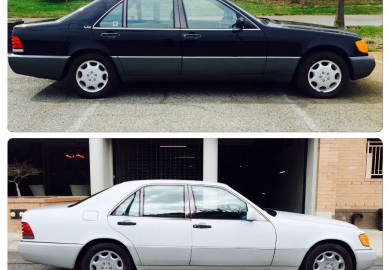 A pair of 1992 Mercedes-Benz W140 S-Class models was spotted on an eBay listing recently, as shown on a report from autoevolution.com. The two are in excellent condition and have a very low mileage. The two are one-owner cars, according to the seller, who added that they have a clear timeline and history. The asking price of the two cars is $300,000. The eBay ad has caught the attention of visitors of the site, many of which may be luxury vehicle enthusiasts. This typically happens to ads showing rare vehicles with high asking prices. The ad as well as the photo gallery shows there are two models of the 1992… Continue Reading » 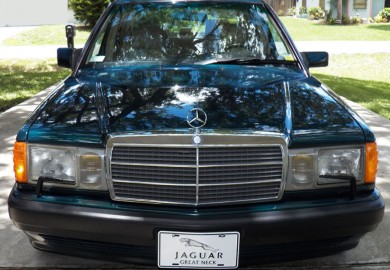 The Mercedes-Benz W201 series or the Mercedes-Benz 190E is considered as the first compact executive sedan of the German luxury vehicle manufacturer. It is also considered by a number of industry watchers as the most impressive looking compact executive sedan ever produced by Mercedes-Benz. A remarkably-pristine looking 1993 Mercedes-Benz 190E was found recently being offered on eBay, as indicated on a report from carscoops.com. This particular vehicle is a Limited Edition model, which means it is only one of the seven hundred that were manufactured for the US market in 1993. The 190E was initially launched in 1982 and has an innovative linear design. Due to the technologies it featured,… Continue Reading » 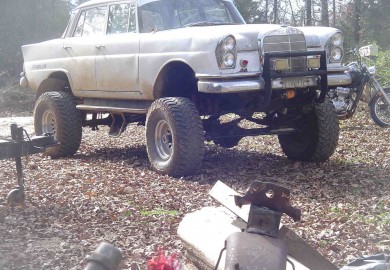 The 1961 Mercedes-Benz 220SE is its brand’s top-range vehicle during its production stage. The car was famous for having a design that focused on passenger comfort and safety. Among its known features were wider driver visibility compared to its predecessors, having crumple zones in its front and rear which were capable of absorbing kinetic energy from impacts, plus its patented retractable seatbelts. Its styling and unique fintail design was also considered as revolutionary in its era. So, if you hear about a working Mercedes-Benz 220SE you might be expecting something very classy that will stand out whenever you drive it. Well, the version of the car found on eBay does indeed stand out in the… Continue Reading » 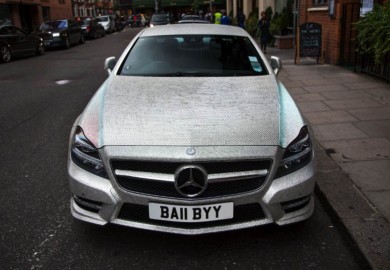 A Russian student and socialite named Daria Radionova became the talk of social networks and various news sites, particularly automotive blogs, after she revealed her Swarovski-coated Mercedes-Benz CLS 350 to the world. Online sources claimed the number of faux diamonds adorning the car with the special plate BAII BYY numbered up to one million. Just three weeks after the vehicle became the talk of the online community, it was put on sale in eBay. The price of the car in the auction site starts at £89,999. According to the owner, her decision to sell the car is to support Manchester & Cheshire Dogs’ Home, which was recently consumed by fire. The socialite added she… Continue Reading » 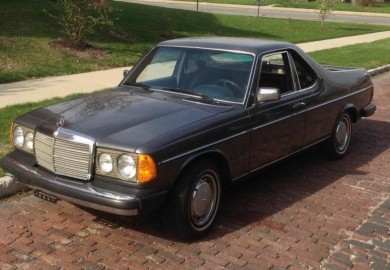 A report from worldofcarfans.com revealed that a 1979 Mercedes-Benz 300 TD that underwent an El Camino conversion was spotted posted on eBay. A 1979 non-turbo 300 TB was used as the base unit for the vehicle that went through the Ranchero/El Camino conversion in the 1980s and featured a functional tailgate. The description of the seller indicated that personnel from a number of dealerships of the luxury vehicle manufacturer tricked by the conversion. The sales advertisement on eBay also included a number of images of the vehicle, which can be considered as an impressive work of art. The Mercedes-Benz W123 series, predecessor of the E-Class, was introduced by Mercedes-Benz in… Continue Reading »