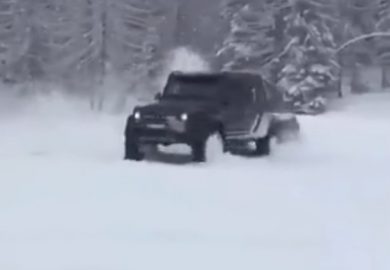 Have you ever drifted on the snow using four different off-road trucks? The guys did it in this amazing 6:19 video posted on video-sharing site YouTube. The aim? To crown the real king of off-road driving. The battle was between the Ford F150 Raptor, the Dodge Ram, the Chevy Silverado, and the Mercedes G63 6×6. Each of the truck was given the chance to prove itself on driving and drifting through icy terrain. The Dodge Ram, in particular, had to climb up a road covered in 10-inch deep snow. Ford F150 Raptor The Ford F150 Raptor handled itself well on a rough terrain with a thin layer of snow dust…. Continue Reading »