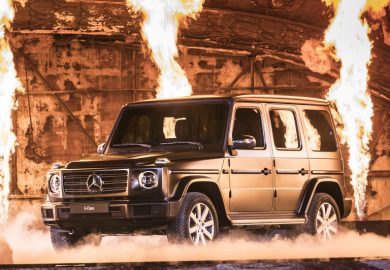 The ultimate off-roader of Mercedes-Benz just officially shed its camo. The new Mercedes-Benz G-Class was unveiled at the opening of the 2018 North American International Auto Show or the Detroit Motor Show. Here are the features of the latest Mercedes-Benz G-Class: Exterior Outside, the Mercedes-Benz G-Class stayed true to its roots dating back to 1979. The SUV retained its boxy look, taut body lines, angular fenders, trapezoidal hood and circular headlamps. Revisions in the styling were only slight in nature. The noticeable updates can be found in the radiator grille, bumpers, lighting system and wheels. The G-Class gained extra measurements though. According to its maker, the new model is 53… Continue Reading »

Just more than a week before the 2018 Detroit Motor Show, photos of the new Mercedes-Benz G-Class were already leaked online. This time, we can see the full exterior features of the iconic Mercedes SUV without any camouflage. Check out the leaked photos of the new Mercedes-Benz G-Class below: As seen in the images, the styling of the Mercedes-Benz G-Class is pretty much the same. Only by looking at it closely will reveal the subtle changes in bumper, grille and headlamps. However, going inside the SUV will show a more luxurious interior than its predecessor. As revealed by Mercedes earlier, the new G-Class interior is highlighted by its wide central… Continue Reading » 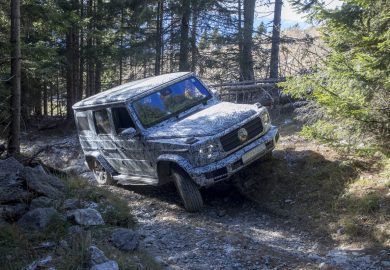 Before its official unveiling at the 2018 Detroit Motor Show, the off-road capabilities of the new Mercedes-Benz G-Class was again put to the test in the Schockl, a mountain near the Austrian city of Graz with a 1,445-meter altitude. The iconic SUV of the three-pointed star successfully displayed its endurance by conquering the 5.6 km trail of the mountain. According to MBUSA, the route included gradients of up to 60 percent and lateral inclinations of around 40 percent. Prior to the recent testing in the location, the G-Class already logged more than 2,000 km in the strenuous course. While that feat can be accomplished by the likes of the Toyota Land… Continue Reading » 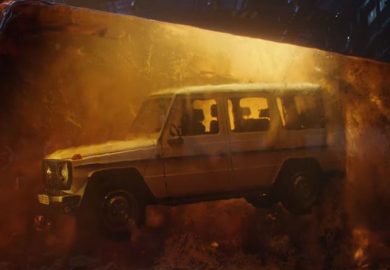 The new Mercedes-Benz G-Class is scheduled to make its debut at the 2018 Detroit Motor Show this January. To hype the iconic SUV, Mercedes just released a video highlighting the timeless character of the auto. The video shows the G-Class encased in a giant block of amber. It is somehow reminiscent of the plot of the Jurassic World franchise wherein a preserved DNA contained in a dinosaur’s blood, which happened to be in the belly of a pre-historic mosquito trapped in amber, paved way for the cloning process of the ancient reptiles. It’s a way of saying that despite the passage of time, the character of the G-Class remains timeless… Continue Reading » 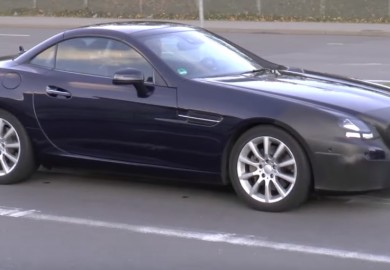 Since the early half of this year, we have been continuously teased with spy shots of the new Mercedes-Benz SLC. This time, the car was caught on video again, which you can see below. The upcoming two-door is a facelifted version. Originally, it was called the SLK, but following the renaming of its brand’s core series, it now has the SLC model name. According to WorldCarFans, the updated Mercedes-Benz SLC will make its debut at the Detroit Motor Show in January. The spy video here shows the car with only a little camouflage in its bumpers, lights, grille and logo. So look forward to some visual improvements on the said areas, except the… Continue Reading » 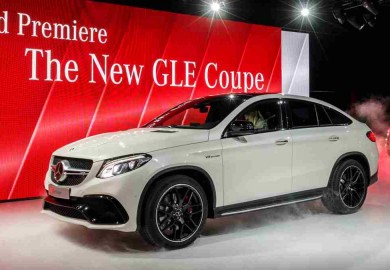 The biggest star in the 2015 Detroit Motor Show was the entry-level Mercedes GLE Coupe, which was the three-pointed star brand’s answer against the BMW X6. The highlight of the new range was the Mercedes-AMG GLE 63 S Coupe. As the new nomenclature system of the German automaker implied, the crossover luxury coupe is connected with the new E-Class sedan of the brand. The Styling Despite some traits that the GLE shared with the E-Class core series, it should be noted that Mercedes really did a great job of making its new crossover coupe distinct from its other models, particularly the defunct M-Class. The vehicle featured an aggressive front fascia bearing a single… Continue Reading »

A new Mercedes-AMG C63 Coupe is being planned this year. The successor of the Mercedes C63 AMG Coupe will be unveiled at the Frankfurt Motor Show based from a report. According to the UK-based AutoExpress, an insider within Mercedes confirmed the matter during the Detroit Motor Show. The said person also leaked that the car will have a few upgrades in its styling. The source quoted the Mercedes insider to be saying, “It looks fanstastic—not necessarily what you would expect this car to look like.” Now, there’s a lot of hope for us right there. The company insider hinted that the Mercedes-AMG C63 Coupe will be treated similar to the S-Class… Continue Reading »