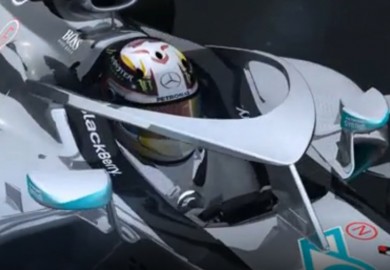 After the tragic death of Justin Wilson, the Formula One governing body is once again considering a closed cockpit for its race cars. In line with this, Mercedes proposed a halo concept to protect its drivers. The design of the canopy aims to solve the issues that were raised during the early testing of a closed cockpit idea, namely: Debris bouncing the canopy at high speeds could ricochet to other cars, or worse, the spectators. Having a canopy would impede immediate access to the driver in the event of an accident. The halo concept of Mercedes is made to protect the driver as well as reduce the tendency of the bouncing object… Continue Reading »