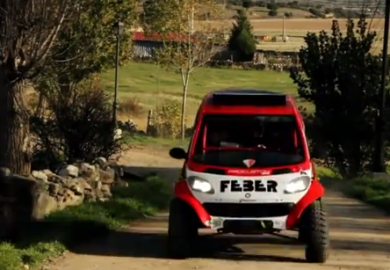 It’s never a good thing when a dream fizzles out, and it can hurt much more considering we’re about to say goodbye to 2012 as well. That’s just what Jose Luis Alvarez has to deal with as he bids his 2013 Dakar Rally bid goodbye. Alvarez and his team was set to take a couple of smart ForTwos to the rally. These are definitely heavily modified to perform on a rally competition and to comply with FIA rules for said event, and many would argue that perhaps the vehicles are merely rally cars with a smart shell, but it’s still a smart, anyway. Right now, though, all that is moot…. Continue Reading »