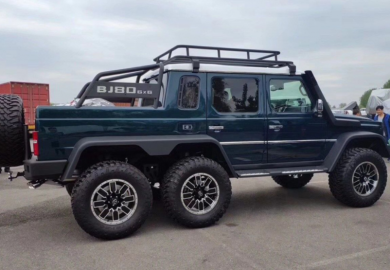 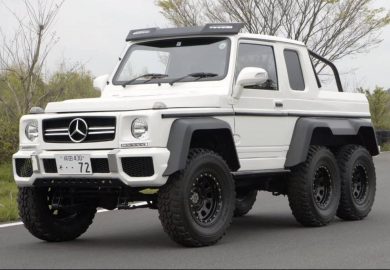 The Mercedes-Benz G63 AMG 6×6 is definitely a sight to behold. It brings the G-Class to the extreme with its massive six wheels, larger body and high performance. However, the vehicle is no longer produced by Mercedes, which makes it very rare nowadays. Originally, the G63 AMG 6×6 cost around half a million dollars. Due to its rarity at present, owners of the auto have jacked up the pricing of the six-wheeler to almost double its price. One was sold in Florida raking around $975,000, which was up from its old $515,000 sticker price. One G63 AMG 6×6 was seen in Japan with a ridiculously low price of 1 million yen or $8,900. The… Continue Reading »