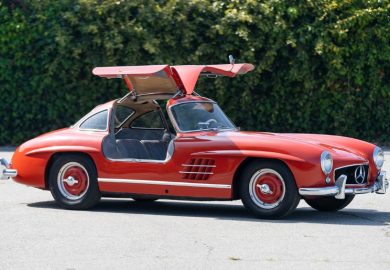 The iconic Mercedes-Benz 300 SL Gullwing Coupe produced from 1954 to 1957 is one of the most sought after classic cars of collectors. A restored car of the model usually fetches at least a million dollars in the auction block. Recently, a 1955 model of the auto was spotted, and what makes it very rare is its unrestored state. The 65-year-old car may be the last unrestored SL Gullwing out there. The model comes in classic fire engine red finish with muted gray leather in its upholstery. It’s also fitted with special unrestored Rudge wheels. The vehicle was made as a US-export model and has gone through five owners in… Continue Reading » 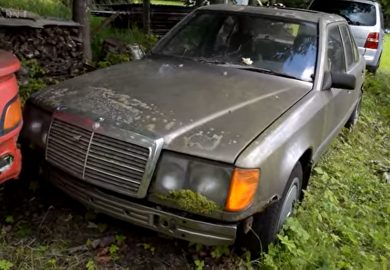 A Look Back at the All-time Best Vintage Mercs 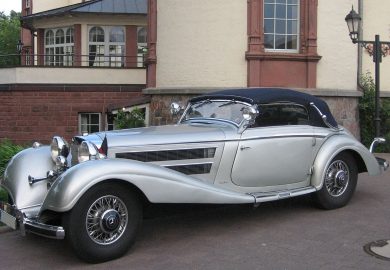 It’s been 145 years since Benz (as it was just Benz at that time) released the 1885 Benz Patent Motorwagen, the first modern car ever made. Truly a horseless carriage, this car was the first of its kind to ever make a proper trip, proving to everybody that cars were the way forward. Over the years, Mercedes-Benz has made a staggering array of famous cars that were popular all across the globe. Their modus operandum is to redefine how cars look, how cars operate, and of course how enjoyable they are to drive. They’re still breaking milestones, one only needs to look at their Maybach 6 Cabriolet concept to know… Continue Reading »

How to Earn Money with an Old Mercedes Car 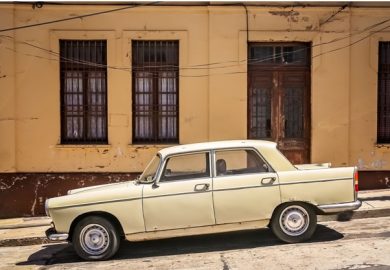 Old does not mean valuable, nor does it refer to something useless. Nothing can prove this more than a car, especially one that’s been loved and looked after well. However, if you’ve outgrown your old Mercedes car and can no longer find any use in it, it may be worth turning it into something profitable! Even if your car has been beaten down or has simply seen better days, there’s no reason for you to just write it off as junk. Regardless of how old it is, it’s definitely still worth some money. There are tons of ways to dispose of a car, and it all depends on the state… Continue Reading » 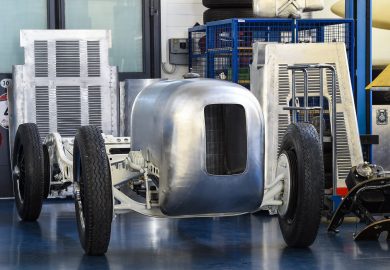 Mercedes-Benz is celebrating 125 years of its involvement in motorsports. Therefore, the company is gracing the upcoming Goodwood Festival of Speed with its classic sports cars, and it will be highlighted by the Mercedes-Benz SSKL Avus racing car. The SSKL looked ahead of its time when it came out in 1931. It was the pinnacle of the brand’s S-Series (W06), which came in S, SS and SSK designations. Baron Reinhard von Koenig-Fachsenfeld designed a streamlined the body of the car to be driven by racer Manfred von Brauchitsch at the Avus race in May 1932. The result of the work was an auto with 25 percent less drag than the… Continue Reading » 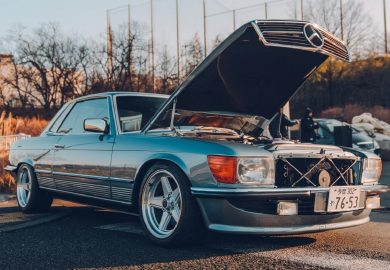 Seeing a classic 1977 Mercedes-Benz 450 SLC in an almost pristine look is definitely a rare treat. The car does not only have a beauty to boast, but it also has a powerful engine. However, an unnamed tuner did a restomod to the car that puts more oomph beneath its hood by swapping its engine with the Toyota 2JZ power unit. The 1977 450 SLC here is a mishmash of German architecture and Japanese engineering. According to Speedhunters, the original 4.5-liter naturally-aspirated V8 engine of the car was replaced by a 3.0-liter inline six Toyota 2JZ unit. The resulting power of the swap is a whopping 450 hp for the… Continue Reading » 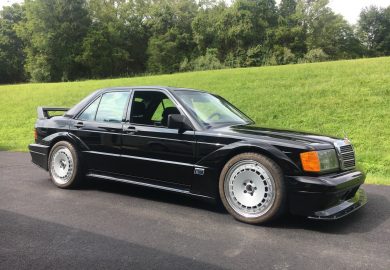 Back in the 1980s to the early 1990s, the Mercedes-Benz 190E 2.5 16 Evolution was the most popular car produced by the German company. Of course, Mercedes decided to end its production because of the changing landscape of the auto industry. Besides, the 190E’s four-pot engine will not be able to handle the 6-cylinders and V-8s of today. However, is it possible to see the same body of the 190E with a more powerful and modern Mercedes engine? That’s what Piper Motorsport hopes to unleash with their “Frankenstein Benz,” aptly called because it marries the body of the 190E (complete with the body kit for the complete look of the… Continue Reading »